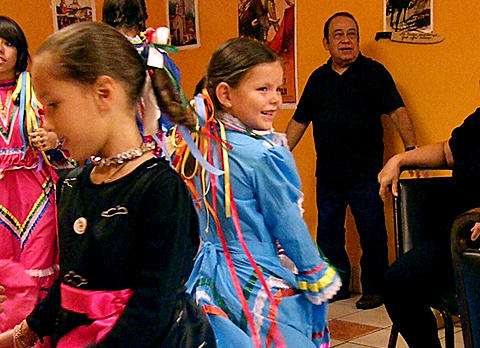 SODUS — The owners of El Rincón opened their doors 20 years ago to offer migrant workers from Mexico a taste of home.

But the increase in raids on and deportations of these workers in the last five years had an impact on the restaurant, said owner Maria Peña.

"They rarely venture outside their camps," she said of the migrant workers in the Sodus region. "Everything has changed."

Another thing that has changed is how the migrant workers celebrate Mexican Independence Day, marked annually Sept. 15 and 16, explained Peña, who said that in the past as a way of celebrating the day she would take food to area schools that children of migrant workers attend.

On Sept. 18, El Rincón opened its doors to host the bicentennial celebration of Mexico’s independence, as did Casa Azteca in Perinton on Sept. 17. These gatherings, which are open to families of all cultures, began in the last couple of years. Adriana Hoppe, a Fairport resident who is a native of Mexico City, helps coordinate the celebrations and brings her dance group, Arco Iris Mexicano, to perform. Chilean native Mario Alejandro also serenaded the crowd at El Rincón with Spanish ballads during the Sodus festivities.

Celebrations for the bicentennial of the country’s independence in Mexico included massive fireworks and military parades, music and dance, said José Luis Vilchis. He attended the festivities at El Rincón — the small but brightly painted restaurant that is decorated with bull-fighting posters and red, green and white paper cutouts — with his wife, Adriana, and their two children. His daughter, Nyssa, dances with Arco Iris. The Mexico natives moved to Rochester only two months ago but have lived in the United States for nearly a decade. They said such events and the dance group keep them connected to their culture.

"Our intention is to maintain that connection … to our roots," Adriana Vilchis added.