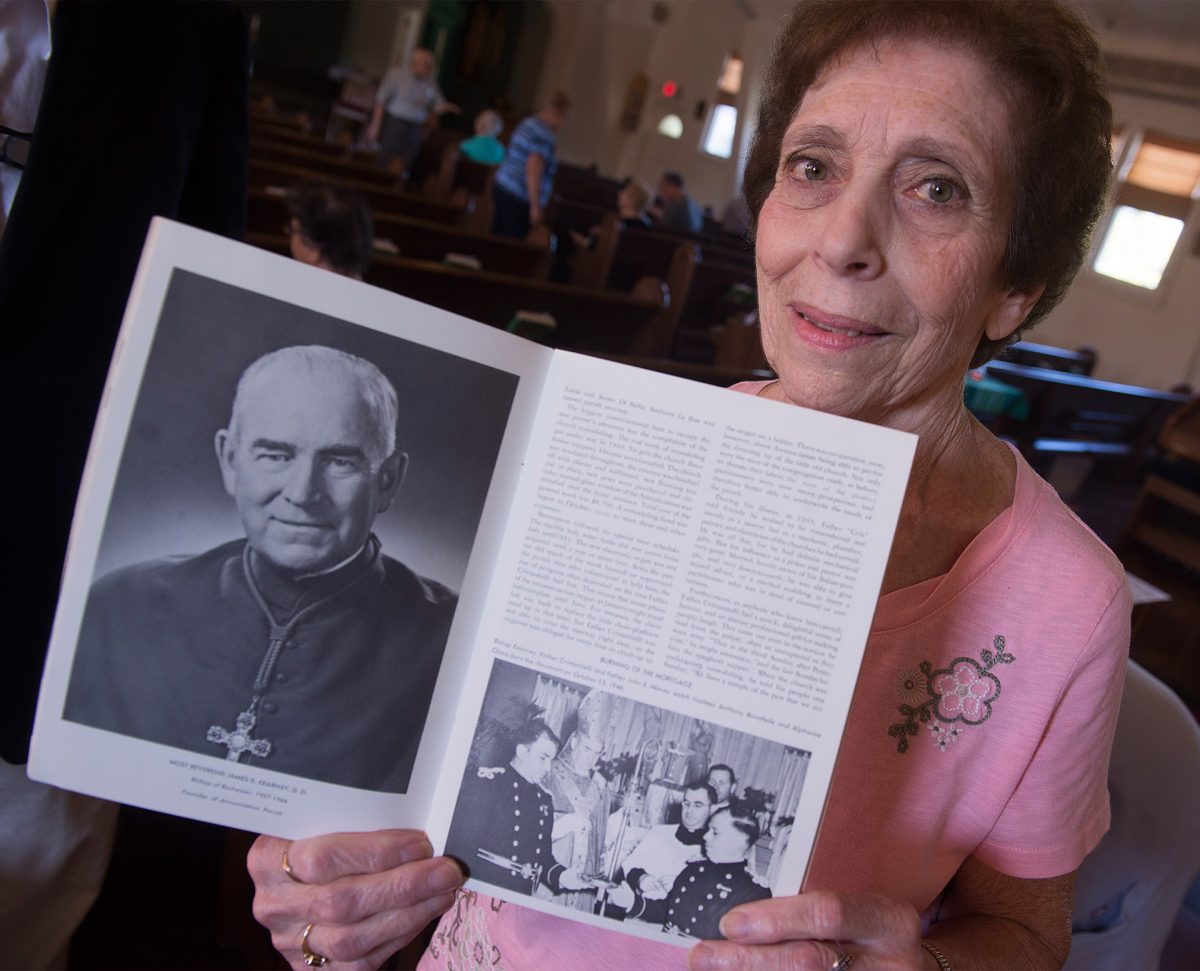 At the turn of the 20th century, Annunciation Church, now a worship site of St. Frances Xavier Cabrini Parish, was a mission church for Rochester’s burgeoning Italian-American community.

The parish community — which has remained tight-knit and steadfast in faith throughout decades of change — will celebrate Annunciation’s 100th anniversary with a Mass celebrated by Bishop Salvatore R. Matano and a reception. To accommodate the large crowd that is expected, the event will take place at 4:15 p.m. Nov. 11 at St. Ambrose Church, 25 Empire Blvd., Rochester.

Masses for Annunciation’s parishioners were first celebrated in 1914 beginning with the feast of the Annunciation on March 25 of that year, explained Father Robert Werth, St. Frances Xavier Cabrini’s copastor. The liturgies took place in a home that still stands adjacent to the current church building at 1754 Norton St., he said.

A basement chapel was built in 1917 to accommodate the growing parish community and served as a mission church for nearby Our Lady of Mt. Carmel Parish, said parishioner Jim Johnston, who is writing the history booklet for the anniversary celebration.

“Because it was mostly underground, the chapel became known as the ‘Catacomb Church,’” according to information in an earlier parish history, Father Werth said.

Rose Giovine was born in the house where Masses were first celebrated. She said she was baptized at the church, as were all of her children, and all of the family’s weddings were celebrated there as well.

“I’ve been there my whole life, my whole family has,” she said of her ties to the church.

Lifelong Annunciation parishioner Sharon Rivaldo remembers when Masses were celebrated in the basement chapel and also on the main floor after a wood-frame top was added to the chapel in 1923.

“It was a big parish,” she said. “The church was packed. The kids sat on the stairs.”

Annunciation evolved from mission to parish status when it was officially incorporated and dedicated in 1946. A school was added in 1958 and served the community until its closing in 1989. In 1967, a new church built across the street from the original mission church building was completed and dedicated in honor of the parish’s 50th anniversary.
“Msgr. (Albert) Simonetti’s goal was to build the school and the new church to accommodate everybody,” Rivaldo said of Annunciation’s pastor at that time. “When they built the new church, everybody in the parish, all the families, donated money to build that.”

Decades later, declining Mass attendance and the clustering of parishes in the city led the community to sell the building and move back across the street to its original location, Johnston said.

“They had been using it as a hall,” he added of the current church. “It’s kind of neat that they didn’t get rid of that building so they can use it.”

The move back to the original building did require some renovations, including the addition of pews that were repurposed from the former Our Lady of Mercy Church in Greece, Father Werth said. The pews were too long, he added, so the parish hired Amish woodworkers to saw them in half and manufacture new ends.

It was in this building that Giovine thought she had witnessed a miracle. She said that when she was a child, she and a friend saw what they thought were tears on a statue of Mary, only to find out that the moisture was actually raindrops from a leaky roof in need of repair.

“We thought the Blessed Virgin was crying,” Giovine said with a smile.

Memories like that have sustained the community through the hardships of giving up their school and the larger church building, said Giovine and Rivaldo, whose four children attended the school.

“(Church) is not for the buildings, it’s for the people,” Rivaldo said. “There is an unbelievable faith-based community at that parish. … We all take care of each other.”

Giovine said many parishioners share the same background, growing up in the neighborhood with grandparents or parents who moved to Rochester as Italian immigrants. Rivaldo, who oversees a senior group at the parish, said about half of the members still live in the neighborhood. Her family has been involved in parish life since “day one,” she noted, having coordinated parish festivals, fundraisers and more.

“That common thread amongst the people has kept them together: All had the same religion, similar upbringing, and shared the same values and culture,” Giovine remarked. “Everybody is so dedicated to our church. We went with the flow. … Most stuck with us through thick and thin.”