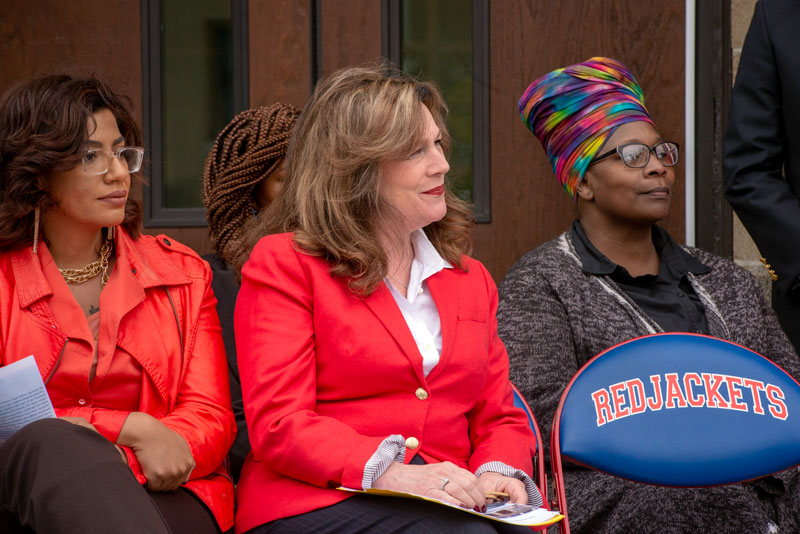 ROCHESTER — Feb. 8 looms as a key date for the Rochester City School District in its effort to achieve significant, positive and lasting change.

That day marks the deadline for the district and its school board to submit a corrective action plan in response to a state education official’s report (https://bit.ly/2QR 6rol) released in November 2018. The 60-page report — compiled by Distinguished Educator Jaime Aquino and based on his intense analysis of the district over a two-month period — contains some 84 recommendations on how to improve the district’s operations and student achievement.

During a special meeting on Jan. 15, the school board was due to review its action plan, which had not been made public as of press time Jan. 9. Following submission of the plan to the state, Aquino will work with the Rochester district to support implementation.

“We need to, at this point in time, not just have another report that goes on a shelf somewhere that nobody does anything about. I think it’s fair to say we’re committed to getting the changes going in Rochester,” Elia said Dec. 13 at the school district’s downtown offices while addressing approximately 200 district employees and officials, parents and community members. Aquino also was on hand for the meeting, during which many in attendance voiced feedback about the distinguished educator report. Those who spoke up generally concurred with Aquino’s contention that an overhaul is in order.

A key portion of Aquino’s report deals with English language learners (ELLs.) He found that 15 percent of the district’s students fall into this category and that the number is continuing to rise — yet the ELL graduation rate of 26.7 percent in 2018 was significantly lower than the districtwide rate of 59.3 percent. Aquino asserted that the district does not have enough bilingual staff to handle the volume of ELLs and noted that some schools with bilingual programs have no bilingual administrators. Among his recommendations are to develop a master plan for the education of ELLs; provide a coherent and well-aligned curriculum system for ELLs; assign bilingual administrators to schools with bilingual programs; and establish a network of schools focused on ELL needs.

The report also addresses special education, which is an issue of concern to the Hispanic community, according to the district’s Bilingual Education Council, which met Jan. 8. Despite the report not being made available in Spanish, the council had discussed Aquino’s findings and its concern with special education during its December meeting.

Aquino attended the council’s Jan. 8 meeting to introduce himself. He also urged the Hispanic community to participate in the 2019-20 board of education elections so the community has a representative on the board who will make their voices heard as changes are being implemented in the district.

In addition to ELLs and special education, other areas addressed in the report were governance and district leadership; teaching and learning; organizational structure; accountability; staffing; finances; parent and community engagement; school climate; and operations.

Elia and Aquino noted at the Dec. 13 meeting that the district’s efforts at revitalizing itself have been plagued by high turnover at the top, starting with the superintendent’s position and extending to other parts of district leadership. Aquino noted in his report that the Rochester district has had five superintendents in the past 10 years; currently another new superintendent is being sought following Barbara Deane-Williams’ mid-October announcement that she is retiring from the position effective Jan. 31. (See related story on this page.)

“Without continuity of leadership, it will be almost impossible for the district to function at a high level. The board must ask itself why it cannot retain its superintendents,” Aquino stated in his report.