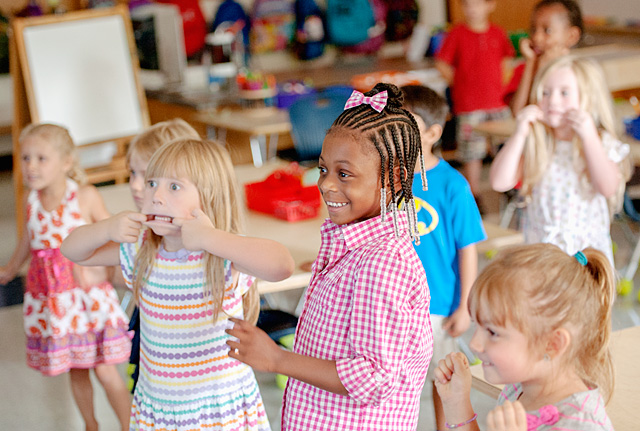 Leticia Astacio doesn’t sugarcoat her personal journey as a city of Rochester student who attended a suburban school through the local Urban-Suburban program.

Astacio began attending school in the West Irondequoit School District as a first-grader. She said that difficulties at home led her to lash out and not make the best choices, and she got pregnant as a high-school junior.

Those choices could have put Astacio in a no-win situation, she said, but the administrators at Irondequoit High School wouldn’t give up on her.

"Urban-Suburban made a huge difference in terms of (being prepared for) college … and providing more opportunities, networking opportunities," Astacio said.

She grew up on Lyell Avenue in Rochester, but the Urban-Suburban experience exposed her to parents who were lawyers and doctors, said Astacio, 34. And she recalls the disparity in academic expectations between her peers at school in Irondequoit and at home in Rochester. Her friends in the city would be happy with scoring 900 on the SAT, for example, while her Irondequoit classmates were lamenting scores that were near the 1600 perfect score.

"The disparity (in expectations) … was huge," she said, as was the support she was given to not drop out of school following her pregnancy.

And now, Astacio is a city court judge — the first Latina to hold that office — and her son will be an Urban-Suburban student this fall.

He will join the more than 1,500 students who have been provided opportunities for a better educational experience and a better future during the last five decades. The program began as a way to integrate students racially by opening up seats in suburban districts for city students; the move followed riots that took place in Rochester in the 1960s, Urban-Suburban officials said.

Expanding the program has been mentioned in discussions led by the Great Schools for All Coalition (GS4A), which aims to increase socioeconomic integration of students. But for the program to truly provide the kind of broad socioeconomic integration the coalition is striving to create, there needs to be more of a two-way exchange of students than there has been in past years, said Mark Hare, a Cathedral Community parishioner who also is a GS4A committee member. Few suburban students have attended city schools through the program, officials concurred, which is why the GS4A coalition continues to work on a magnet school concept to be an attraction for suburban families, Hare said.

And the challenge remains to bring all of Monroe County’s suburban districts into the program, officials said. Eleven of the county’s 19 school districts are part of the Urban-Suburban program, with four having joined beginning this school year.

When the four new districts held discussions with their school communities in the spring about whether to participate in the program, the ugly specter of racism became part of the conversations, noted Jeff Crane, Irondequoit School District superintendent and president of the Urban-Suburban governance board. Even so, the Spencerport, East Irondequoit, Hilton and East Rochester districts each went on to adopt the program.

David Dimbleby, superintendent of the Hilton Central School District, said that some people in his district who opposed participation were upset that urban families would receive Hilton services without paying school taxes. Despite this opposition, the school board adopted the program because it felt a responsibility to help Rochester students as well as boost the district’s cultural diversity to reflect the workforce students will eventually enter, he explained.

"We know the school experience (Hilton students) receive is not commensurate with what they’ll receive whether they go to college, the military or a job," he said, since the district has a 7 percent minority population. "We also feel we have some responsibility to helping the Rochester City School District, the struggling families in the Rochester City School District. We know they face more challenging and complex issues, but we want to help to be part of solution as well."

The West Irondequoit school board began the Urban-Suburban program in 1964 after the state education commissioner asked districts to do their part to desegregate schools following riots in Rochester. The Irondequoit district accepted 24 city students in the fall of 1965, with the Brighton, Brockport, Pittsford, Penfield and Wheatland-Chili school districts joining in 1967 and 1968. No other Monroe County school district joined the Urban-Suburban program until Fairport did so in 2003.

"I think that the original six districts were willing and understanding of the fact that we have a moral obligation to all of our students in the Greater Rochester area to provide them with the best opportunity possible," Crane said.

And with New York state having the most segregated schools in the country, Crane said, all districts should consider adopting the program, participating superintendents concurred.

"Without a doubt, we live in an inclusive society. So, what kind of service are we doing if we segregate communities apart, cultures apart?" noted Brent Provenzano, superintendent of the Fairport Central School District. "It breaks my heart that Rochester still has the most segregated (schools). My children aren’t growing up in a society that is homogenous. We want to include our students, give them the opportunity (to learn in a diverse setting). … We talk about empathy and understanding diversity, but the only way you do it is by living it."

EMC photo by Jeff Witherow
City Court Judge Leticia Astacio is a graduate of the Urban-Suburban program, which is celebrating its 50th year.

Fairport is expanding its participation in the program this year by being the first district to offer a kindergarten option to city students, Provenzano said. A participating district offers whatever number of open seats it has in particular grades in a given year, explained Dimbleby.

"The purpose of our schools is to make better human beings, and teach people how to live in the future," Provenzano said. "We need to give them tools and resources beyond reading, writing and math. Social connections are deep."

Kirk Holmes said that his experience as was one of the original 24 Urban-Suburban students in the West Irondequoit district had a huge impact on his life. The Washington, D.C.-area, business consultant even returned to Rochester this past summer as one of the speakers during the program’s 50th-annual celebration.

"The (Irondequoit) school system was better, much better (than Rochester’s) and exposed me to things I wouldn’t have been exposed to," added Holmes, who went on to receive degrees in electrical engineering and business management from Massachusetts Institute of Technology and Stanford University, respectively. "And the integration aspect was real. … My entire professional career mirrored exactly what I went through in Irondequoit."

Any district that fails to realize the value of providing that integrated experience — be that racial, cultural or economic — is doing a disservice to its students, noted Holmes.

"As we know, America will be the majority minority by the time children (today) are grown," he said. "The world is not homogeneous. If you grow up in a homogenous community, you are disadvantaged. And you don’t even know it, but the whole world knows you are the one out of step."

Holmes said that he also had an advantage living in two worlds as a child. While he interacted with suburban students during the day, the rest of the time he spent with friends and family in the inner city. He played basketball on the corner and marched in a drum and bugle corps.

And the negative comments that arose locally about the program in the spring of this year are reflective of the racism that continues to persist across the country, Holmes added.

"It is like a cancer; all it takes is one cell to be there for it to raise its head and you have to deal with it … with chemotherapy," Holmes remarked. "Urban-Suburban is that chemotherapy."