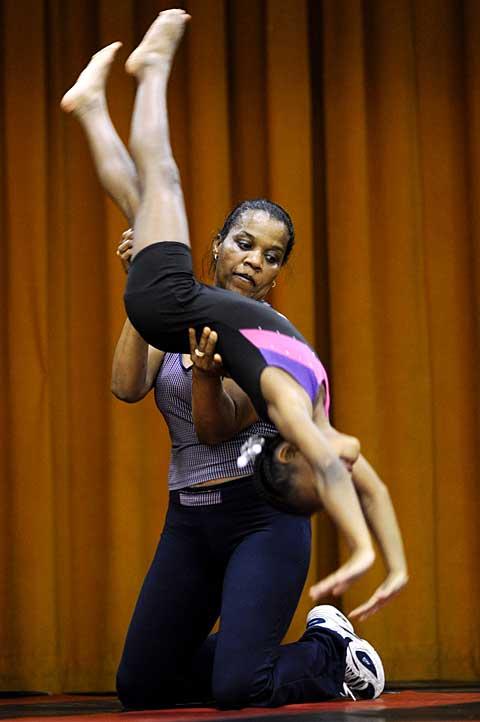 ROCHESTER — Offered in June by the Rochester City School District, a parent conference designed to offer families ideas about how to be more involved in their children’s educations seemingly attracted only a handful of Latinos.

But the small turnout did not indicate a lack of interest but instead demonstrated the struggle the district has in communicating effectively with Spanish-speaking parents, according to mothers who attended the conference. The situation highlighted what these mothers say is needed: New methods beyond fliers and meetings to reach Latino families, whether native Spanish-speakers or not.

"You’ve got to do outreach in a different way," agreed Gladys Pedraza-Burgos, director of the Youth and Family Services department that oversees the office of parent engagement, during an interview following the conference.

In response to concerns brought to the district by the bilingual education council and parents, she noted that the district is now working on rectifying the problem of not having had bilingual staff members in the parent engagement office.

"There is a lot of work to be done," remarked Pedraza-Burgos. "We are not engaging the entire community."

Pedraza-Burgos said the district decided that two of the eight positions in the office of parent engagement should go to Spanish speakers who are familiar with the Latino culture because 25 percent of the student population is Latino.

"Now, we’re going to be in a position that if calls come in, if they’re in Spanish, there will be someone there to respond to them," she noted.

The steps now being taken by the district are necessary because many Latino families have been feeling that they are often just an afterthought, said Rose Mary Villarrubia-Izzo, a homeschool specialist serving Hispanic families through the district’s department of English-language learners. With the graduation rate among Hispanic students and many opting to drop out of school, the district – and Latino families — can no longer take a business-as-usual approach, she added.

"These are serious issues … for a very big population," she said.

At the June conference, Villarrubia-Izzo also led a discussion with a group of Latinas with Maria Otero, parent liaison for Martin Luther King Jr. School No. 9. Both encouraged parents to not sit idly back and to take the initiative to join school-based planning teams, volunteer in the schools if they can and speak up if problems occur.

When Miguelina Melián saw that gymnastics were not offered at her child’s school, she stepped in to teach an afterschool class for children who were interested in the sport at Roberto Clemente School No.8. She said she agrees that not enough parents step in or make known what their children need, particularly when it comes to sports activities for younger children, which are lacking, Melian said.

Gloria Sabastro likewise has learned how valuable it is to speak up. She began as a volunteer at one of her three children’s elementary schools and now is president of the bilingual education council. Sabastro, who was named Parent of the Year by the New Year State Association of Bilingual Education last spring, has asked district officials to ensure translators are available for parents at public and private meetings and encourages other Latino parents to attend those meetings and go into the schools to talk to teachers and administrators.

José Cruz, school board member, has also been clamoring for Latinos to make themselves heard about their children’s needs and began a series of community meetings at the Puerto Rican Youth Development and Resource Center in late spring. He plans to continue offering such sessions this fall and will invite school officials including Superintendent Jean-Claude Brizard, who attended one of the July meetings, Cruz said during an interview July 14

Cruz said his message to families is: "You’ve got to meet us half way. If you’re working to make sure you’re not getting mediocrity, you’re not going to get it. Have higher expectations. Beat the bush. Talk to principals."

With the addition of two bilingual staff members in the office of parent engagement in the new school year, Hispanic families will have additional resources available to them for any situations that require district attention, added Pedraza-Burgos. Conflict resolution and advocacy issues are among such potential situations, she said, noting that one of the two staff members also will work with the bilingual education council and school-based teams.

"We want the office of parent engagement to have a district-wide perspective and a district-wide impact," said Pedraza-Burgos. "That’s really important … not only for bilingual programs for all Latino parents."