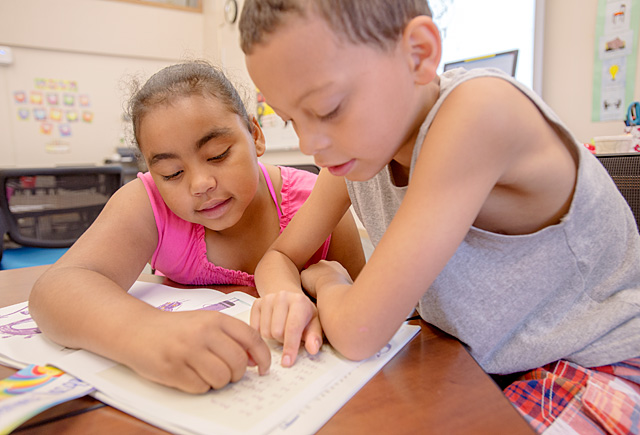 EDITOR’S NOTE: This is the fourth article in a series on poverty.

One high-school dropout can cost taxpayers about $300,000 in lost wages, welfare costs and other related expenses.

This alarming statistic comes from the study "The Costs of Inadequate Education for New York State" by City University of New York’s Cliff Belfield (http://bit.ly/1gmetmv). The study also notes that a 30 percent reduction in New York state’s high-school dropout rate would save state and local governments about $1.5 billion annually.

Local educators say the report and its statistics highlight the need for programs — such as summer learning options — to help keep kids in school by keeping them on track academically. As compared to the costs associated with high-school dropouts, the investment in a summer-learning program for current students is relatively low, at about $3,000 for staff and such in-kind donations as facility space, noted Conger Gabel, head of the Greater Rochester Summer Learning Association (GRSLA).

The Harley School in Brighton took the lead on summer-learning endeavors more than two decades ago. That’s when the school began offering a national summer-learning program model called Horizons to city school students from low-income families who qualify for free or reduced lunch. Several area colleges — including Nazareth College, the University of Rochester, SUNY Geneseo and Monroe Community College — have now joined in by creating their own programs on their campuses or by offering Horizons satellite programs, said Luis Perez, director of the Horizons program at Harley. The Rochester City School District also is revamping its own summer programs to provide extra support in English and math for students as well as to help those students who want to get a jump start on the new school year, district officials said.

But the GRSLA doesn’t want to stop there.

Gabel said that the 2013 poverty report by ACT Rochester demonstrated that low-income families are located all over the nine-county Rochester region — Monroe, Ontario, Wayne, Livingston, Yates, Genesee, Orleans, Seneca and Wyoming. The need to increase student participation in summer-learning opportunities prompted the association’s board to accelerate efforts it began seven years ago to expand such programs to more colleges and possibly area school districts in order to reach more kids — not only city students, but suburban and rural youths as well, he explained.

Second graders Tasha Moore (left) and Gabriel Forty work in a group while at the Horizon summer learning program at SUNY Brockport, July 7.

Each six-week summer-learning program is offered to students in kindergarten through eighth grade who receive free or reduced lunch at their schools. This year, a preschool option was offered for the first time, Gabel said.

The goal is to scale the programs available to such an extent that they start to attract national attention, which will increase funding opportunities and provide sustainability, Gabel said.

"If we had 200 of these (programs) in operation and the community came together … I think that would be transformational," Gabel said. "There is no silver bullet for institutional poverty. But what happens with these things … is that you transform adults. People working with these kids see what’s possible."

Boosting summer learning also is one of the goals of the Great Schools for All coalition, which supports efforts to scale up current offerings as well as integrate city and suburban students and students of all income levels. Increasing such socioeconomic integration of schools to improve academic achievement for all students is the coalition’s goal, according to an article in the June 2015 issue of El Mensajero Católico.

"We need to think differently" of how to offer such programming, said Lois Geiss, a former Rochester city council member, during a May 5 Great Schools for All conference at Mt. Olivet Baptist Church. "Socrates said, ‘The secret of change is to focus all of your energy not on fighting the old, but on building the new.’"

The GRSLA concurs with Great Schools for All’s goals. Its board came up with a proposal last December to increase summer-learning programs in the Rochester area for more than 24,000 low-income students by the summer of 2024. Its objectives are that each student in a summer program:

* gains one to three months of reading and math skills each summer;

* is performing on grade level in reading and math by third grade;

* graduates from high school on time with most going on to post-secondary education; and

* finds a productive and rewarding career.

Without any such summer-learning opportunities, many lower-income students experience the "summer slide," or loss of two to three months of knowledge, which by the time a student reaches high school means he or she may be two to three years behind and increases the chances of that student dropping out, Gabel explained. That summer loss accounts for about 50 percent of the achievement gap between lower-income and higher-income students, according to information at www.summerLEAP.com.

"The magic sauce is getting kids to come back summer after summer, then the magic really happens when they are highly engaged" with a full-day enrichment program that includes academic support, field trips and such physical activity as swim lessons, Gabel said.

"Those kids come to view themselves with potential and opportunity," Gabel said. "They’re learning the same skills, basic skills (they need) but they have a different perspective of what life will be … if we start kids off early."

The children not only benefit academically but they also have the chance to continue developing social skills and even public speaking skills as early as the primary school years, said Carli Cheesbro, a recent St. John Fisher College graduate who is teaching at the new SUNY Brockport summer-learning program that is partnering with Enrico Fermi School No. 17.

One of the School No. 17 students who has been in a summer-learning program since kindergarten is Tasha Moore, 8, who will be a third-grader in the fall. She likes to learn new things, meet new teachers and go swimming.

But her favorite part of summer learning? "We make new friends," she said.

When GRSLA began its work in 2008 on scaling up and reached out to area colleges, most of the higher-education officials immediately understood the need to help students like Tasha and become partners in this endeavor, Perez said. The challenge remains funding, which is currently provided through grants from such organizations as Farash and the Wilson foundations, Gabel added.

Colleges need high-school graduates, so providing staff and sites for summer programs is a "no-brainer," as Monroe Community College President Anne Kress put it, Perez noted. And certain colleges, like SUNY Brockport, have decided to partner with a city school, Gabel said.

"Each time a kid drops out, they’ve lost a potential customer," Perez said of colleges. "The big question is sustainability (for the summer programs)."

Community colleges like MCC are already spending millions of dollars on remedial education for high-school graduates or holders of general equivalency diplomas who are not reading at grade level, he said. So, bringing a Horizons program to the campus five years ago was a smart investment to help reverse those trends, according to MCC officials.

Thus far, assessments for students who took part in last year’s MCC summer-learning program showed that 90 percent of participants made gains in reading skills by the end of the program, and none of them experienced any kind of summer slide.

"The national education agenda includes a focus on two critical goals: college readiness and student completion," Kress said in an e-mail."Housing our Horizons program on campus also allows students, from the time they’re kindergartners, to see themselves in college, to know that this is something they can do and a place where they belong. They have the expectation that they’ll go to college, and I think every household should have that expectation. This experience is sure to influence their future educational paths to the benefit of the entire community."