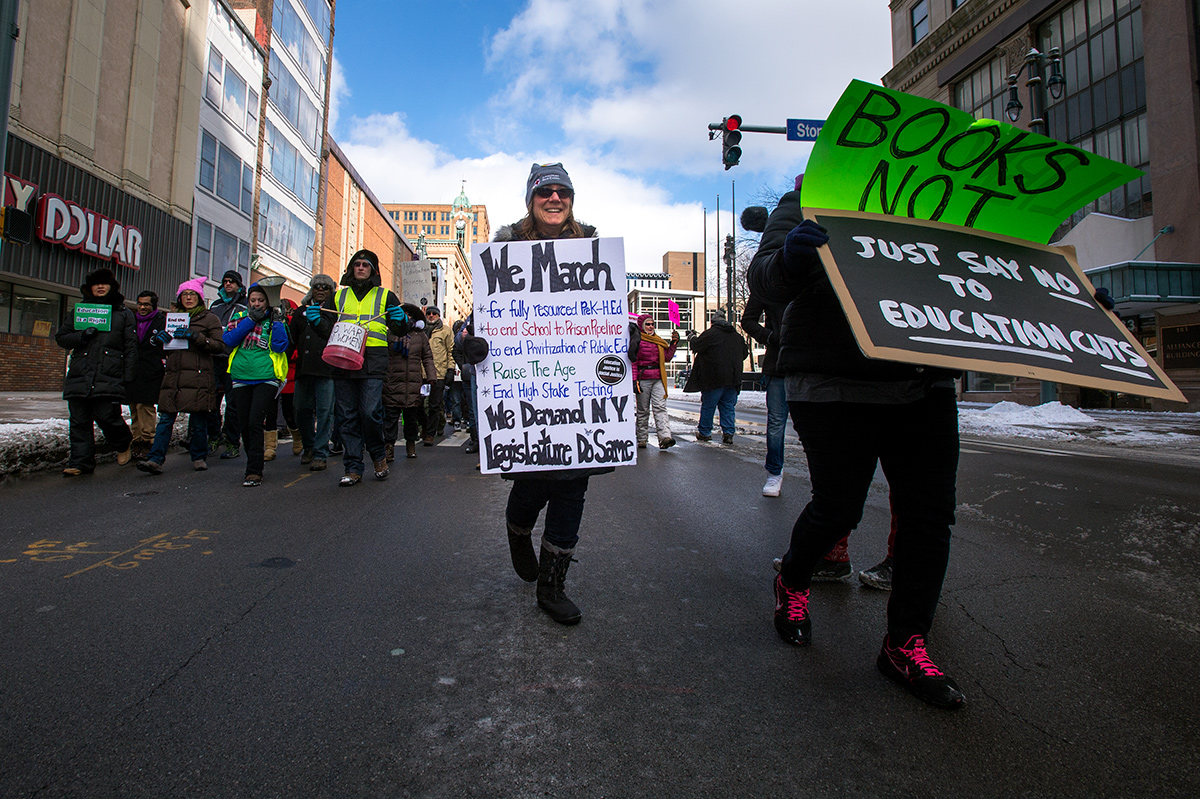 During a March 18 meeting hosted by the Rochester City School District, officials sought input on the state’s response to changes in the federal Every Student Succeeds Act (ESSA), which ensures all U.S. children in the United States access to a free public education. This 2015 law reauthorized the federal Elementary and Secondary Education Act first signed into law in 1965 by President Lyndon B. Johnson, district officials said.

ESSA requires states to submit plans on how they will improve struggling schools, according to information at ed.gov. Last month, U.S. Secretary of Education Betsy DeVos urged support for President Donald Trump’s proposed budget, which would allocate an additional $1.4 billion to school choice programs — such as charter schools or vouchers to private schools — allowing more parents and families to choose what is best for their children, according to DeVos’ statement on the education department’s website.

Rochester district officials have yet to hear community feedback on school-choice proposals, and are focused on ESSA, Deputy Superintendent Kendra March said on March 18.

Yet Ericka Simmons, a mother of two children enrolled in the city school district, said she is concerned about the impact of the national debate on equitable funding for public schools.

"My concern is there are people who never spent a day in a classroom … making decisions about my child" and millions of other children in public schools, Simmons said regarding DeVos’ department.

While the national conversation continues, March said the New York state department of education has asked school districts across the state to conduct two meetings, one last fall and another that was held March 18, to gather input on a set of questions from the federal education department. She said the state must provide responses on the questions, which address such topics as testing, English language learners, staff training, school accountability and support for improving struggling schools.

Simmons said she hopes the district will use information gathered at the meetings last fall and this spring to work on building positive relationships with families. Parents have attended similar forums and meetings over the years and yet they feel nothing changes for the better for their children, she said.

"The relationship between the district and parents is very tattered right now," Simmons remarked.

Education activists say the state owes urban districts $4.3 billion in operating aid as the result of a lawsuit a group of New York City parents won in 2006. The parents’ group, which became known as the Campaign for Fiscal Equity, according to information at http://www.aqeny.org, successfully argued before the state Court of Appeals that New York was violating students’ constitutional right to a "sound and basic education" by failing to provide necessary school funding. The court ordered that the state had to increase funding to schools across the state by $5.5 billion in basic operating aid (also known as Foundation Aid) during a four-year phase-in from 2007-11, according to the campaign information on the website.

State legislators created a formula to distribute Foundation Aid to schools based on student need and a school district’s ability to raise money from property taxes, according to http://www.aqeny.org.

But the state has yet to meet its obligations, several speakers said during the March 4 Rochester rally, adding that $173 million is still owed to districts in Monroe County alone.

According to Gov. Andrew Cuomo’s budget proposal at http://on.ny.gov/2k2ULSR, however, school district funding will have increased by 31 percent over the last six years with about 70 percent directed to high-need school districts.