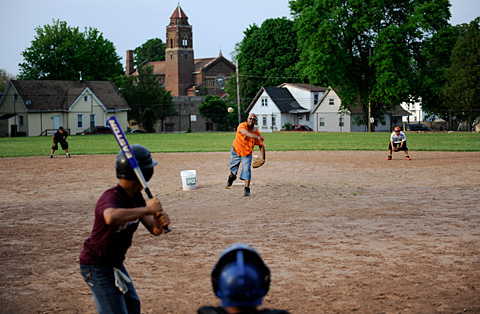 ROCHESTER — More than 200 players and families got ready to "play ball" at the beginning of this month for the summer season of the Rochester Hispanic Youth Baseball League.

The support of sponsors, volunteers and parents helped make opening day a success for the league, which includes children from ages 4 to 15, he added. And those players learn a lot more than pitching strikes and hitting home runs, Alicea said.

"We want our kids to understand that this (league) is not just about playing baseball but about being a better person," he said.

More photos and a video of the Opening Day parade and games can be seen at https://en.elmensajerorochester.com/photos-videos/videos/