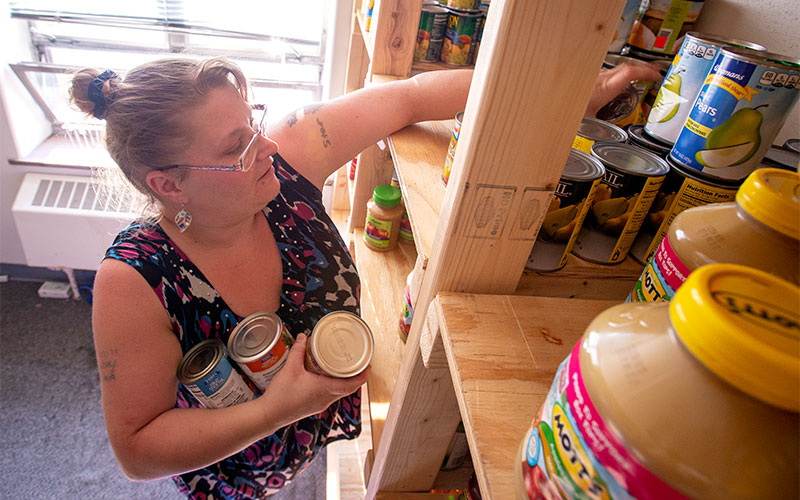 The season of giving doesn’t have to end with the start of the new year.

Those wishing to aid neighbors facing emergency financial crises still have time to make contributions to the 2019-20 Catholic Courier/Catholic Charities Christmas Appeal. The 50th-annual campaign began at Thanksgiving and runs through Feb. 28.

The appeal raises money for use year-round by the emergency funds of various Catholic Charities offices and affiliated agencies throughout the Diocese of Rochester.

Thus far, the 2019-20 campaign has raised $40,397.61 from 418 donors, according to CatholicCourier/El Mensajero Católico Circulation Coordinator Chloe Longabaugh, who oversees the appeal.

Some of these donations were made through the United Way’s Annual ROC the Day fundraising event, which took place Dec. 3. During this 24-hour event for Rochester-area not-for-profit organizations, participants were encouraged to donate online to the Christmas Appeal campaign. This year the appeal garnered more than $1,500 in ROC the Day donations, Longabaugh said. While Christmas Appeal donations can no longer be made online through ROC the Day, they are still being accepted via postal mail.

Due to the number of local, national and even international organizations soliciting donations at year end, donations to the Christmas Appeal have gradually but steadily declined over the last several years, remarked Jack Balinsky, director of Catholic Charities for the Diocese of Rochester.

“We note for a variety of reasons we have not been achieving as many contributions but are delighted and thankful to have raised $40,000 this year,” Balinsky said.

To contribute to the appeal, send checks payable to Christmas Appeal to the Catholic Courier, PO Box 24379, Rochester, NY 14624. Please include your name, address, city, state, ZIP code and telephone number, and indicate whether the gift is being made in honor or memory of someone.

EDITOR’S NOTE: For more information on the appeal, visit http://bit.ly/CatholicCourierChristmasAppeal.