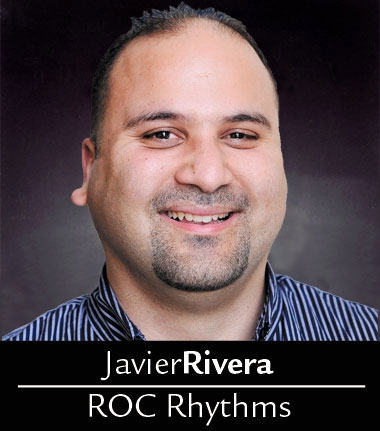 Saludos amigos, as I write this, the show "Dancing with the Stars" is coming to an end. This show has inspired a lot of people to go out and learn a few dancing moves. In this edition I will write about Latin dancing in Rochester.

Dancing is as old as humanity and is one of the ways humanity expresses how it feels. Dancing is so important that even philosophers like Friedrich Nietzsche said, "I would believe only in a God that knows how to dance." For a mid-size city, Rochester has a big and healthy Latin dance community. Various dance socials and Latin music events have kept the community strong. As a DJ and radio personality I frequently get asked for places in Rochester where people can learn how to dance to Latin music. Before I answer that question I ask people what they want to dance, since Latin dance consists of many styles. Couples-based dances like tango, salsa, bachata and merengue have been taught in Rochester for many years, and now with shows like "Dancing With The Stars" and the many Salsa Congresses and competitions that are shown on TV, a resurgence in interest has happened.

Now, if you allow me, I will try to explain the little differences between each of the Latin dances. Salsa is an Afro-Cuban rhythm that evolved in the Puerto Rican communities of New York City. The word "salsa" is a generic term to describe the many rhythms derived from the Cuban Son. Guaguanco, guaracha, mambo, rumba and many others fall under the umbrella term of salsa. In salsa dancing there are two styles, "On 1" and "On 2." The main difference on these styles is that "On 1" the dancers begin on the one beat or when the song immediately starts, and "On 2" dancers start a little later, on the two beat. "On 1" is also known as the Puerto Rican style of salsa dance, and "On 2" is also known as mambo or New York-style salsa dance.

One of the toughest but most beautiful Latin dances is the tango. The tango is from Argentina, and it took the U.S. by storm in the early 1930s. With its many steps, tango is seductive to the dancer and also the nondancer. Tango also has many styles like milonga and vals. Milonga is a much faster tempo, while vals, like the waltz, is danced at a slower tempo.

The Dominican Republic gives us two dances, merengue and bachata. Merengue is the Dominican national dance and consists of a two-step beat and moving your hips (much like working on a StairMaster.) Bachata is the former banned rhythm and dance that has captured the world in the last few years. This three-step dance with a tap on the fourth step has many styles that have evolved from the Dominican style. Traditional, romantic and modern styles all have small nuances that make this rhythm a favorite to dance close with a partner.

In Rochester there are some good places to learn how to dance. One of them is Tango Café Dance Studio located at 389 Gregory St. in the city’s South Wedge. Owned by instructors Kerri Vaughn and Ruben Fuentes, Tango, as it is affectionately called, has a series of classes taught during the week. Tango also has events to make sure you get enough practice and get into the "social dancing" of Latin dance. One of the most popular events is the Friday Nite Social where yours truly plays a mix of salsa, merengue, bachata, timba, mambo and cha-cha. With a mix of beginners and advanced dancers, Tango has the perfect atmosphere — with no pressure — to pick up a step or two.