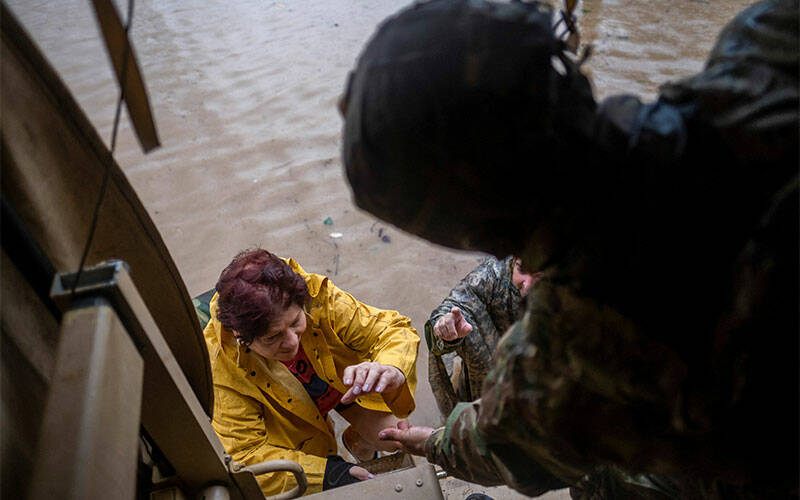 Members of the Puerto Rico National Guard rescue a woman stranded in her house Sept. 19 in the aftermath of Hurricane Fiona in Salinas, Puerto Rico. (CNS photo by Ricardo Arduengo)

Ibero-American Action League and Puerto Ricans United in the Distance, Unidos en la distancia, along with other local organizations, are coming together to raise funds for those in Puerto Rico who have been affected by Hurricane Fiona.

The cost is $10 or $15 after 5:30 p.m. All funds raised will support the Team Cuca Foundation, a nonprofit in Puerto Rico working directly with families affected by the hurricane.

Hurricane Fiona touched down in Puerto Rico Sept. 18, causing massive flooding, wind damage, power outages and the shutdown of water service across a large part of the island.

“We must be prepared, as this has been a long journey for many Puerto Ricans, many who had not fully recovered, and might have lost whatever they had left,” said Angelica Perez-Delgado, president and CEO of Ibero.

“Our community is resilient, and by unifying our strength and support, we promote the message that, regardless of the distance, we stand in solidarity,” Irene Sanchez, founder of Puerto Ricans United in the Distance, added.