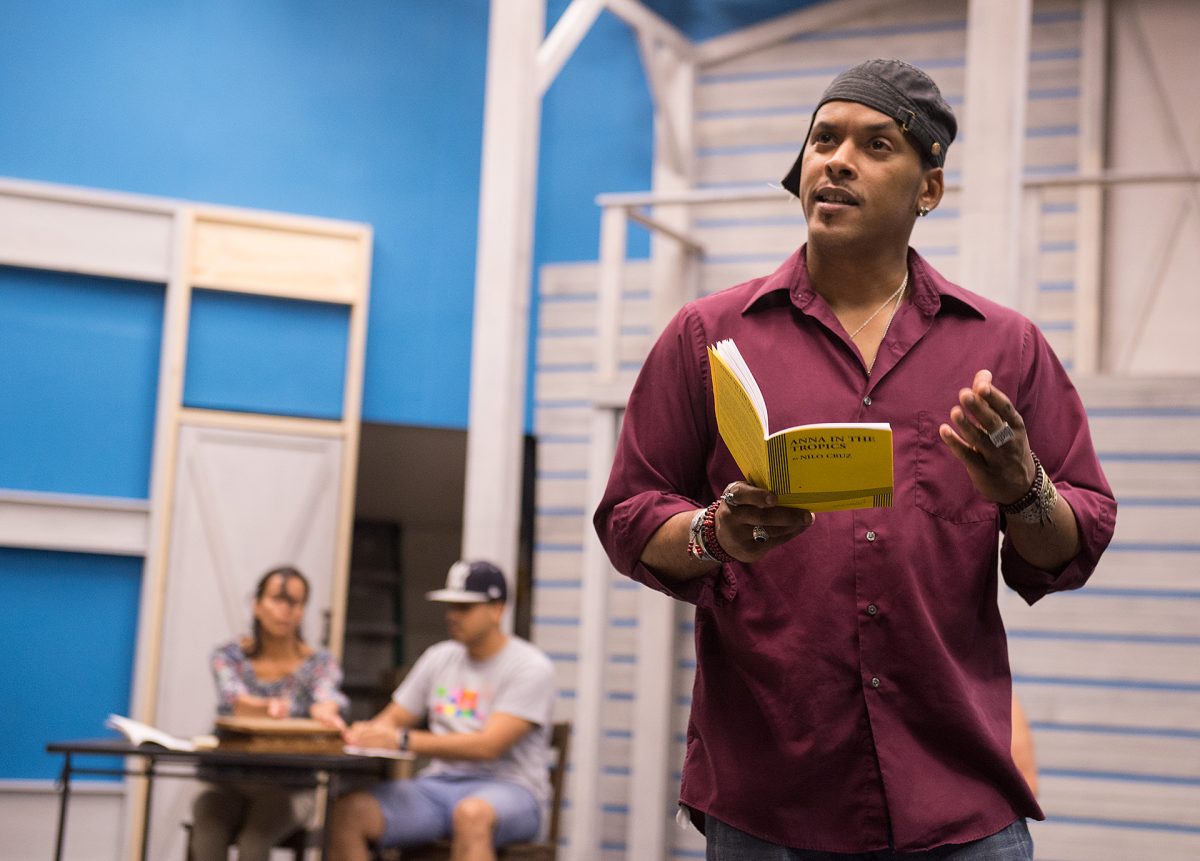 ROCHESTER — The story of a cigar factory and its impact on a Cuban-American community in Tampa, Fla., in 1929 will be portrayed on stage next month through a collaboration between the Rochester Latino Theatre Co. and Blackfriars Theatre.

“Anna in the Tropics,” a Pulitzer Prize-winning play written by Nilo Cruz, will be presented Sept. 7-23 at Blackfriars.

“We’ve been wanting to work with Blackfriars for a long time because we love the work they’ve been doing,” said Stephanie Paredes, RLTC’s cofounder and board president. “They have welcomed us with open arms.”

Working with Blackfriars is mutually beneficial, as RLTC seeks to create community partnerships when the right opportunity arises, and Blackfriars aims to be more diverse in its shows and audiences, she added.

“And here we are in the midst of rehearsals with a great director and an amazing cast,” Paredes said.

Such collaborations are the kind of thing that theater should be doing more of, said Patricia Lewis Browne, who is directing the play. Cultural elements from the play also will be part of off-stage activities, including cigar rolling and live music on certain evenings, she added.

“Our audiences are fabulous, very supportive, but we often don’t get the kind of diversity we’d like; perhaps it’s not material that appeals or doesn’t feel welcoming,” Lewis Browne said of Blackfriars. “This is a real push to change that … and we’re very excited about that.”

The show marks the fourth directing gig at Blackfriars for Lewis Browne, a lecturer and adjunct professor at Nazareth College and the University of Rochester.

The play centers on the factory, at a time when lectors were hired to come and read to the workers as they hand rolled cigars, she noted. The play starts with the workers getting a new lector who begins to read Anna Karenina by Leo Tolstoy.

“If you don’t know (Tolstoy’s) story, you will be exposed to it through the lector and the show as well,” Paredes said.

The playwright considers the book another character in the play, Lewis Browne noted.

“At first, the book is part of the play,” she said. “Then as the play progresses, that balance changes and it’s like they meld together. It’s just fascinating.”

This concept of lectors is one she had never heard of before reading the play years ago, added Lewis Browne.

“The lectors became enemies of the managers and owners of the factories,” as they also read newspapers to the workers, Lewis Browne said. “Through them, the workers start to get radicalized. They (owners) didn’t want an educated worker. That is dangerous.”

The workers’ struggles are one of the play’s many layers, she said, and the story also revolves around the family who owns the factory. The show offers an opportunity for the audience to think about the themes of relationships, family, loyalty and love, Paredes added.

“People will laugh, cry and start to think about their own families during the show,” she said.

When she read the play, Mary Mendez Rizzo, who plays the role of Conchita, said her own family’s stories came to mind.

“As soon as I started reading it, I was sucked in,” she said. “I felt like I was hearing the words from my uncle. The play is super nostalgic.”

Although her family is Puerto Rican, the stories told in the play were similar to ones she heard from her older relatives.

The characters experience pain, jealousy, anger, power struggles — emotions that anyone can relate to, she added.

“Every character is going through something very real and deep,” she said.

The depth of character development as well as the language of the play, which is in English with some Spanish phrases, also appealed to Lewis Browne.

“I love the language, which is very poetic without being inaccessible … telling a seemingly every day story about every day people and really transcends that,” she said. “It talks about how art and literature specifically can really have an effect on people, can really change them in some way, in some really fundamental way.”

The play won the Pulitzer Prize in 2003 without ever having been on stage, noted Lewis Browne, which is rare.