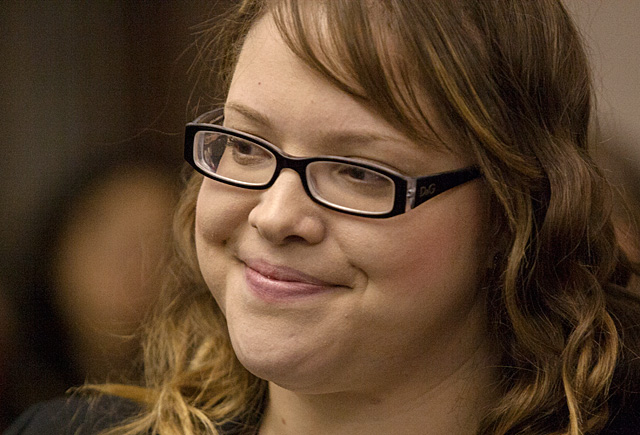 Leslie Rivera, a Puerto Rico native, became the first Latina to serve on the Monroe County Legislature when she was sworn in Jan. 14.

ROCHESTER — Leslie Rivera doesn’t feel like she chose to become a teacher.

She felt called to be one as a way to give back to her community and help children who grew up like her in the inner city with Spanish-speaking parents.

"I don’t know how to explain it," Rivera said during a Feb. 20 interview. "It has always been my passion to educate and serve a certain population of students and better them for the future."

Now, as the first Latina to serve on the Monroe County Legislature, she hopes to eventually become an advocate for creating a better educational system.

"Nothing can change unless we’re willing to change policy and legislation," she said. "So, when I heard this seat was open, I thought everything happens for a reason. … And I thought this was a great opportunity for me to advocate for change at a bigger level."

Rivera was sworn in Jan. 14 and replaced Michael Patterson, now serving on City Council, in the open seat representing the 29th district. And this new role provides her with another opportunity to serve her community, Rivera said.

"The district in itself has been home for a huge part of my life," she said.

Rivera was born in Caguas, Puerto Rico, although her family is from Cayey.

"The story I’ve been told is that my mom was on route to the hospital" when her water broke and they had to go to the Caguas hospital for the delivery, Rivera said with a laugh. She turned 30 earlier this month.

The family moved back and forth between Puerto Rico and Connecticut with their three daughters before moving to Rochester and working at the Bay Street store owned by her uncle, Luis Rivera. Her family lived for a time across from Rivera’s Market on the second floor of another building her uncle owned.

When she was 12, her parents divorced and she moved to Keeler Park apartments on Hudson Avenue. After graduation from SUNY Geneseo, she moved in with her father in a house in the Carter Street neighborhood.

Her participation in the Teaching and Learning Institute at East High School had not only confirmed her career choice but also prepared her for college, Rivera said. As a senior, she also did a long-term internship at Henry Hudson School No. 28.

"So, I knew a lot about education before actually going into education, which is kind of cool," she said. "It’s an advantage I had amongst my peers."

And the skills she learned from her East High teachers she puts in practice every day: dedication, time management, focus, integrity and passion, Rivera explained. She feels fortunate to have had such high-quality teachers since her parents trusted the education system completely and did not know about the college process, she added.

"My teachers had that experience of how to apply for college and how you do things and were able to assist me in that department," she said."I was lucky enough to have really good teachers."

After high school, Rivera also knew that she wanted to teach bilingual children. At college, that certification wasn’t available so instead she completed an elementary education program with a Spanish certification.

Following graduation in 2006, Rivera was hired at Martin Luther King Jr. School No. 9. Another one of the advantages of her East High program was a guaranteed position in the district, she said.

"It was a very, very quick turnaround," she said. "I am one of a few teachers that never subbed. I never did any of that, for which I am completely happy. … I knew I wanted to work in urban education, teaching kids like me."

Subsequently, she completed a master’s degree in bilingual education at SUNY Brockport. Now, she is on leave from the classroom and enrolled in an administrative certificate program through a partnership with the University of Rochester.

"I realized there’s only so much you can do within the four walls of your classroom," she said. "I totally believe you can make an incredible impact just within those four walls … but I was looking at it in a more global sense to really advocate for change."

She is currently working with Ramírez as part of the UR program. She even stood out as a young student at School No. 28 when he taught there, Ramírez said.

"Having Leslie here is powerful, to see a Latina as a principal intern," he remarked. " Even better, as so many of our kids frequently are being raised by women, it important for our young ladies … to see the potential of being a women and how powerful you can be and still be a lady and have character."

Following completion of the program, Rivera hopes to find a position as an assistant principal in the district. Eventually, she would even like to earn a doctorate.

Meanwhile, in addition to learning her new job in the county legislature, she will take on a role as vice president of the 45th-annual Puerto Rican Festival alongside her cousin, Orlando Ortiz, who serves as president.

She said that the two have always viewed their work together on the board — she has been a member since 2008 — on such a professional level that many people are surprised to learn they are related, she said.

But as one of the first in their large family to graduate from college, Ortiz has long been a role model for her, Rivera said.

Ortiz said that she provided a great moment of pride for the family — and the Latino community — when she took on her new role as a county legislator.

"Not many people know what the county (legislators) do and how decisions they make affect their everyday life," Ortiz said in an e-mail. "Having Leslie on the legislature gives us a seat at the table and gives her the ability to share concerns among our community."

Her input on the Puerto Rican Festival board also has been valuable, he added.

"Leslie has the ability to see things through and be very successful at whatever she puts her mind to," Ortiz said. "She has developed and has truly owned, improved every position, task she’s had since becoming a board member. Her ability to be a good time manager, team player, planner, and teacher has been a great asset for the Puerto Rican Festival."