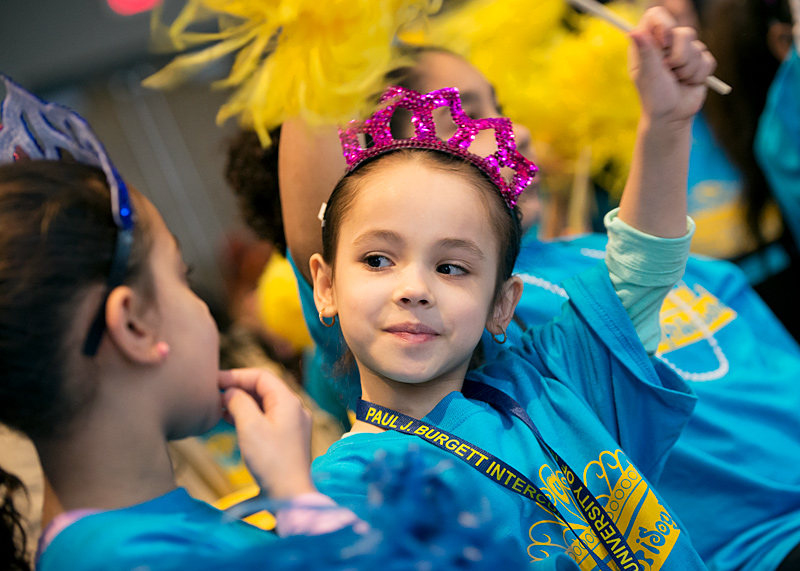 Seven-year-old Camila Sanchez smiles during a cheer at the ¡Soy Unica! ¡Soy Latina! rally at the University of Rochester April 1.

About 150 girls attended the April 1 rally at the University of Rochester’s Susan B. Anthony Center. The event focused on civic engagement in recognition of the 100th anniversary of the right of women to vote in New York state. Workshops for the participants included a look at the struggle for women’s rights, as well as a discussion on national and local Latinas who inspire and serve their communities.

Now, she tries to serve as a mentor to others by staying engaged in community organizations like Latinas Unidas.

“It’s extremely important for me to give back,” she said.

During the rally, Latinas Unidas’ planning committee also presented the Heart Award to Marisol Ramos-López, the city of Rochester’s commissioner of recreation and youth services.

“She is constantly working hard to ensure young Latinas have a voice and are exposed to educational programs,” Sade Fischer, cochair of the rally’s planning committee, read from the letter nominating Ramos-López for the award.

Ramos-López said receiving the Heart Award was so unexpected.

“It feels weird … because I love what I do,” she said.