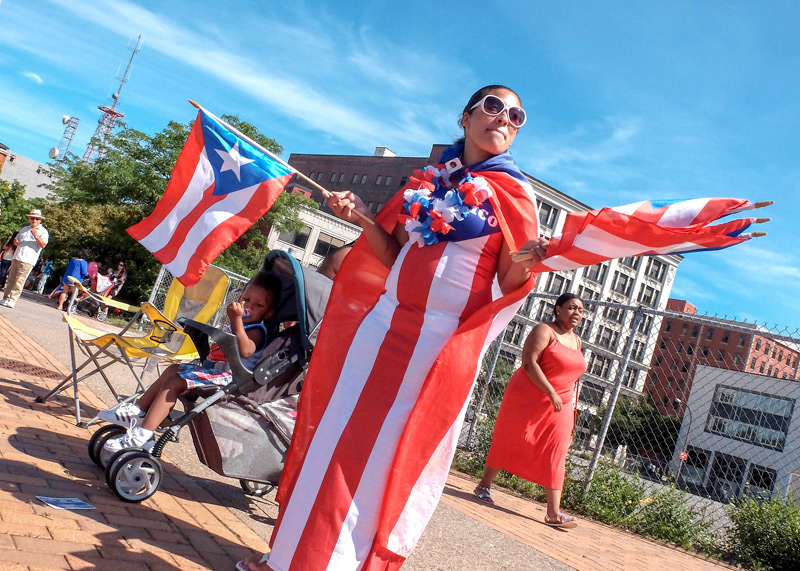 ROCHESTER — The families that have moved to Rochester from Puerto Rico will be made to feel at home this summer during the 49th-annual Puerto Rican Festival and the Puerto Rican Parade, organizers say.

And the family and friends who remain on the island post-Hurricane Maria also will be on the minds of all, said Landa Culver, president of the Puerto Rican Parade committee.

“A lot of the people (who have moved) here don’t want us to forget that they still need help in Puerto Rico,” she said.

In keeping with that spirit, the theme of this year’s parade is “Puerto Rico Se Levanta (Puerto Rico Will Rise), Culver explained.

This year’s parade will return to its original route, with a ceremony beginning at 10 a.m. July 28 at the Liberty Pole and a walk down East Main Street, north on Plymouth Avenue and finishing at the festival site. Last year, the route was shortened due to construction.

The festival runs July 27-29 at the VIP lot of Frontier Field.

On the island, parades are part of the carnivals held in each town during the summer months and feature grand floats to represent the towns, Culver said.

She spent many hours with family during her childhood helping decorate floats in the early days of Rochester’s festival and parade,when the events were held at Brown’s Square Park.

Culver said those early experiences taught her many traditions and values that she hopes the parade continues to instill since it was brought back more than a decade ago following several years of hiatus.

Next year, the parade committee hopes to start planning even sooner and connect with the area’s home improvement stores to encourage those floats of old on a grand scale as part of the 50th anniversary of the festival, Culver said.

This year’s grand marshal is Johnny Vega, a longtime musician who is expected to receive a nomination for a Latin Grammy this fall, noted Culver. The Father Tracy Award will be presented to Rose Mary Villarrubia-Izzo, a longtime community volunteer who also worked for more than three decades in the Rochester City School District.

The upcoming 50th anniversary also is on the minds of the festival board members, even as they have worked diligently to present the best possible experience this year, said Orlando Ortiz, the board president.

This year’s theme is “Tradición, ritmo y cultura (Tradition, rhythm and culture), and organizers hope to offer a nostalgic festival feel, he said.

“With the influx of different folks from the ilsand, it was fitting to remind folks that even though they were displaced abruptly, there are things here that can (help to) continue your culture and any traditions you have,” Ortiz said.

Board members will be promoting the festival to the new families during local events earlier this month, he said.

“Hopefully, we have an influx of new people coming to the festival as a result, which is great,” he added.

As the board chose the musical lineup, it also was mindful of the challenges the hurricane posed to performers in Puerto Rico, Ortiz said. Certain acts, such as Piruro y La Tribu and Willito Otero, were chosen to support artists who are from Puerto Rico.

“They’re not able to get the same amount of work that they typically would get on the island,” he said.

The board also lined up bigger artists, such as Rey Ruiz and Cosculluela, to appeal to all Latinos in the area, Ortiz noted.

As the festival nears, the board’s members also will attend area events to encourage residents in northeast Rochester to not cause disruption in their neighborhoods upon the festival’s conclusion.

“We want folks to take precautions in what they’re doing,” he said.

EDITOR’S NOTE: For more information about the Puerto Rican Festival, visit prfestival.com. To learn more about the parade, visit https://rochesterpuertoricanparade.com.