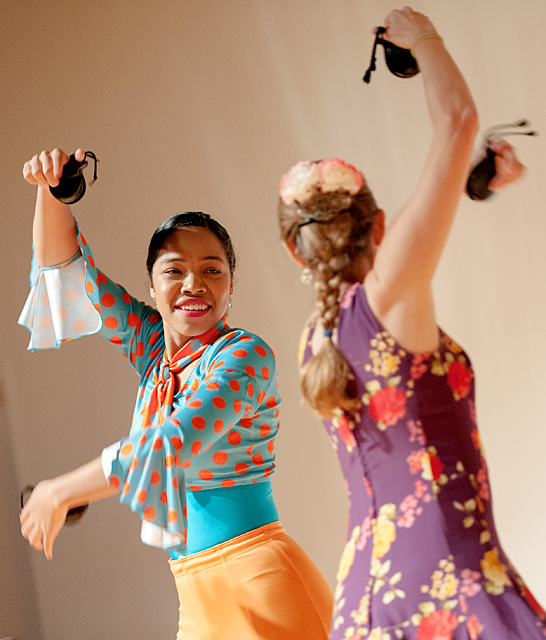 ROCHESTER — Pop-up dances, relationship classes and a former "The Young and the Restless" star will be part of the celebrations for Hispanic Heritage Month Sept. 15-Oct. 15.

Area festivities got underway even earlier than usual this year. The city of Rochester sponsored its third-annual ROC the Park music festival at Martin Luther King Jr. Park that kicked off in July with a Latino music revue.

Mayor Lovely Warren approached the city’s Hispanic Heritage committee in late spring to see if the festival could include a Latin family night, explained Johanna Santiago, the committee chair. The biggest challenge was arranging for the artists for the concert on such short notice, she added.

With the help of Freddie Colón, who oversees the music for the Hispanic Heritage committee, performances by several local musical groups were arranged, Santiago said.

"We were grateful they (city officials) gave us the opportunity," she added. "And we were able to promote the (Hispanic Heritage committee) events we have coming up."

Those events include a theater night, a youth gala, a golf tournament, a college fair and a closing gala. (See complete list of events at elmensajerorochester.org) The theme is "La Fusión de Nuestras Culturas en Una Voz (Fusion of Our Cultures into One Voice.)

"We want to come together, unified, like a family," Santiago said.

As part of its celebration, the city will once again honor two of its elder statesmen during a special Sept. 29 event, "Celebrating the Golden Years."

For younger men and women, the committee is offering a relationship-building session on healthy relationships on Oct. 15 at the Port of Rochester, Santiago said.

Darin Prince, executive director of E/R Studios, came up with the idea for pop-up dances while he was stopped at a red light in front of the Memorial Art Gallery.

"I thought, how cool it would be to be have people outside dancing here in front of the MAG on the sidewalk," he said. "I began to think of other locations that could work. I put the idea out on social media, and the response was overwhelming."

He then reached out to city and gallery officials and obtained permission to offer dancing in September and October. This year, he decided to schedule the events on four Fridays beginning Sept. 9 so dancers could enjoy nicer weather, Price added.

"I really like the blending (of) historic or popular Rochester attractions with the rich Hispanic culture that is right here in Rochester," he remarked. "It is what makes our city so great, our beautiful scenery and diversity of people and cultures."

The diversity of the Hispanic culture will be on display during the daylong Memorial Art Gallery event on Oct. 2 with the theme "Enriching Minds Through the Arts," explained Debora McDell-Hernández, the gallery’s curator of engagement.

Colombia will be in the spotlight this year, and there will be a presentation about the country featuring music, dance and information about the country. Children’s activities also will include a lesson from Yolanda Dalíz on making a mola in the shape of an animal, McDell-Hernández said. Molas are specially designed fabrics that are part of the clothing of a traditional Kuna woman from Colombia, according to http://bit.ly/2ckdAdn.

The day also will include an excerpt from Rochester Latino Theatre Co.’s "Separate is Never Equal," a Latino performing arts showcase and a celebration of music from Puerto Rico by a group called "Buencanto Productions," she added.

"It’s a challenge … to make sure we’re always finding new people" to take part in Family Day as performers or artists, said McDell-Hernández, noting how the event’s planning committee helps act as the eyes and ears in the community.

"Blossoming artists should be invited to the table," she said.

Although Sally Ramírez is an established artist, having performed on stage and television — including a stint on "The Young and the Restless" — she will sing for the first time during Family Day, said McDell-Hernández. The Ithaca resident will be accompanied by Doug Robinson on guitar.

"Her repertoire includes a variety of songs from all over Latin America," she added.