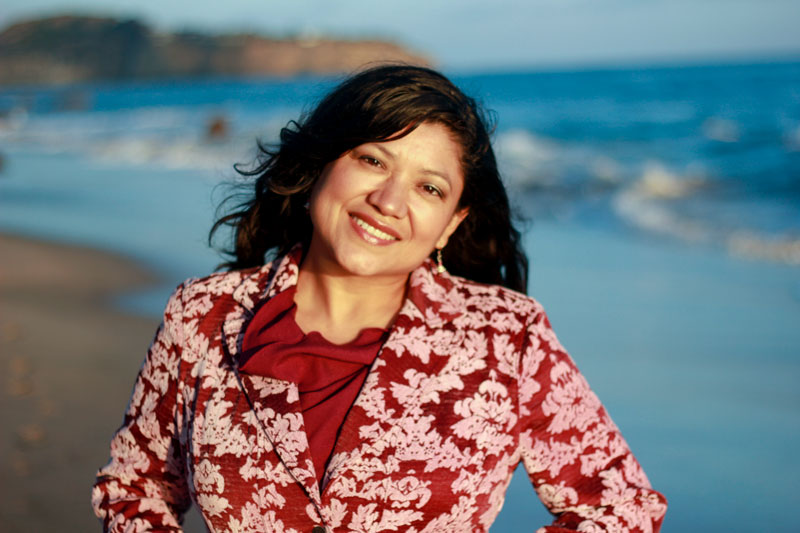 Reyna Grande is the author of "The Distance Between Us," and will be making appearances in the Rochester area March 28-30.

ROCHESTER — This spring, the “Rochester Reads” series from Writers & Books will focus on the story of an immigrant from Mexico who arrived in the United States illegally and went on to be the first in her family to graduate college and become a published author.

Reyna Grande will do readings and sign copies of her memoir, The Distance Between Us, as well as make other appearances at local libraries, colleges, and senior centers in the Rochester area from March 28-30, according to information from Writers & Books.
The Distance Between Us tells of the challenges Grande faced leaving her grandmother in rural Mexico at age 9 to cross the border and join her parents in the U.S., such as confronting her father’s alcoholism. She left her parents’ home years later after an altercation and subsequently earned a bachelor’s degree in creative writing and film and video from the University of California at Santa Cruz and a master’s in creative writing from Antioch University, according to information at http://reynagrande.com/bio.htm.

Karen vanMeenan, the coordinator of Writers & Books’ community reading programs, said she is on the lookout for the annual selection all year and is an avid reader of memoirs. She initially hesitated choosing Grande’s book, however, because last year’s selection also was a memoir, vanMeenan added.

“When I first read The Distance Between Us I was struck by the numerous themes Reyna Grande explores and how much could be learned by reading this rich story of lives on either side of our southern border and how well Grande told her story,” she said. “I sat on the book for a while. … But with the recent attention on DACA and the ‘Dreamers,’ The Distance Between Us seemed like just the book that we needed to spark some of these very timely discussions.”

DACA refers to the Deferred Action for Childhood Arrivals program suspended by President Donald Trump last fall. DACA had allowed undocumented immigrants who had arrived illegally to the United States as children to study, work or join the military. The Development, Relief, and Education for Alien Minors (DREAM) Act would protect from deportation the 1.8 million immigrants, called “Dreamers,” and provide them with a path to citizenship.

Grande, 42, said her story reflects the stories of the Dreamers. A mother of two children, she now lives in northern California while her mother and siblings live in the Los Angeles area.

“We have been talking a lot about our undocumented youth over the years, yet we haven’t done anything to help them reach their goals,” she said in an e-mail to El Mensajero Católico. “In writing my story, I was hoping to get more support for the Dreamers. People really admire and respect my drive and perseverance, and that is the same drive and perseverance the Dreamers have. The difference is that I was given a chance to legalize my status and they haven’t. But if they did, they, like me, could go on to reach their full potential and use their talents and skills to move this country forward.”

Grande said she felt grateful when she heard that Writers & Books had chosen her book for its community reading program.

“When you write a book, your worst fear is that no one is going to read it or care about the story,” she said. “When ‘Rochester Reads’ selected (the book), they were telling me that the community does care, and that they were going to make the time out of their busy schedule to read this very personal story. It definitely inspired me to keep working hard on sharing my stories, because there are people out there who are interested in the themes I write about and who, like me, want to see a world that is just and compassionate.”

Unfortunately, the world became a darker place for people of color after the terrorist attacks of Sept. 11, 2001, Grande noted.

“There was a chance back then that immigration reform was going to happen under President (George) Bush,” she said. “Ever since 9/11, immigrants and refugees have been vilified, rejected, excluded, dehumanized, and blamed for every bad thing that happens in this country. … I think it’s up to us as a society, to come together and speak up for our immigrant communities. I don’t see enough of that happening. I believe that together we can say that enough is enough and demand immigration reform and just treatment of all of those immigrants who give so much to this country.”

Her hope is that by reading her story, communities of all races and ethnicities may gain a greater understanding of the immigrant experience.

“I know I’m just one person, but I think we can all do something to create the change we want to see, so for my part, I am using my writing and my author platform to speak up for the immigrant community,” she said. “The purpose of my books is to humanize the issue and to help people understand the complexities of the immigrant experience and how it affects these human beings who too often are looked at as nothing but statistics.”

“I’m grateful to be looked at as a role model, especially by students of color,” she added. “It’s important for them to see successful people who look like them so that they know that it is possible — that the American Dream is still alive and it could be theirs, too.”