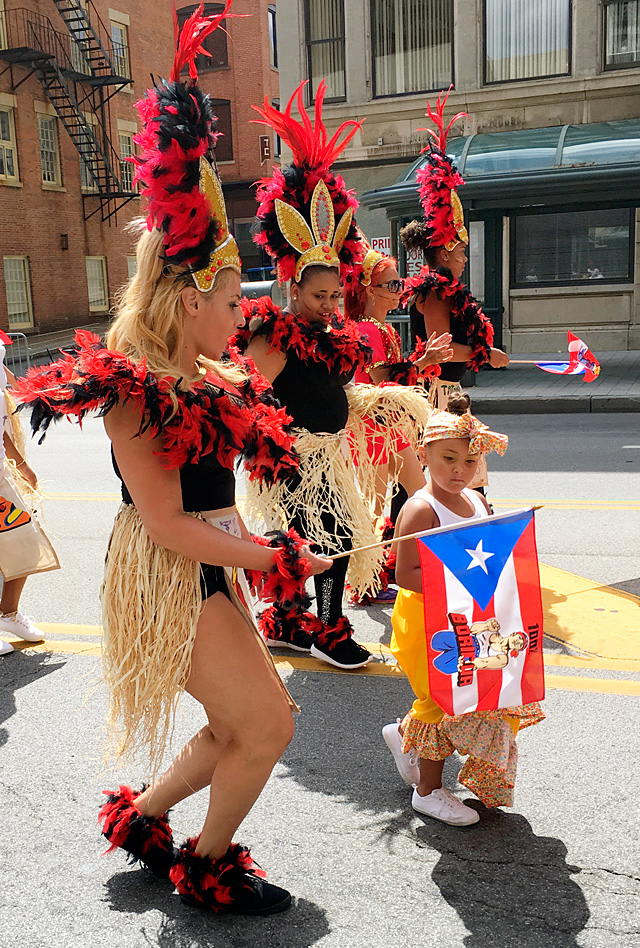 A record-breaking crowd of 8,000 people filled the festival site at Frontier Field’s VIP lot throughout the day and night on Aug. 6. A huge throng of people of all ages crowded in front of the stage for the headliners on the second night of the festival — Charlie Aponte and J Alvarez. Many couples also danced salsa as the music played.

Music is one of Hamlin resident Osilia Puron’s favorite aspects of the festival. Puron, who moved to Rochester from her native Cuba in 1974, tries to attend every year because she also enjoys the food and the festival reminds her of Cuba, she said.

"It makes me feel like I’m with my people," she said.

Instilling pride is one of the reasons Iris Santiago brings her 7-year-old son, Jadriel, to the festival and parade every summer. She was born and raised in Rochester and her parents are from Cidra, Puerto Rico.

The mother and son were among the hundreds of people who lined the route for the 12th-annual Puerto Rican Parade on Aug. 6, which started at the Liberty Pole Way and ended at the festival site.

Jadriel waved a Puerto Rico flag almost as tall as he as the floats marched by him.

"I make sure he understands that Puerto Rico is where he comes from," Santiago added.

Goldfeder said she was accepting the award not only for herself but also for her husband of 53 years, Arthur, who died in December.

"Our strength is our diversity," Goldfeder said. "(But) we’ve got to keep the (Spanish) language going … and take pride in the language. That’s what we have in common."