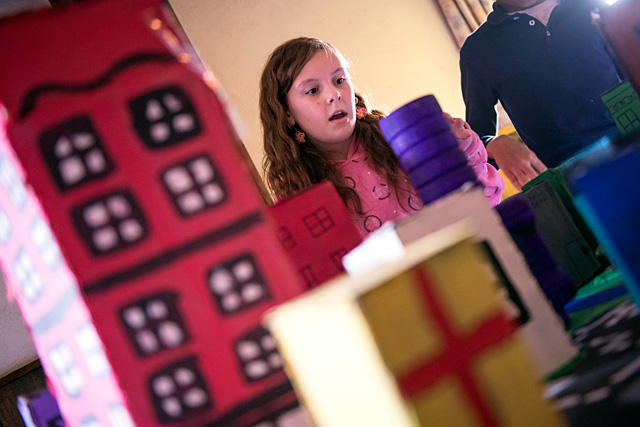 "I believe the soul of a city is in its neighborhoods," Maurice Cox, director of Detroit’s planning department, said during a Feb. 9 presentation sponsored by the Community Design Center of Rochester.

"Few places do face or have faced greater challenges than the city of Detroit," noted Howard Decker, a retired architect and urban design planner who served as moderator for the panel discussion that followed Cox’s talk at the Gleason Works auditorium. "But extraordinary things are beginning to unfold in Detroit. There are lessons for all of us to learn."

Detroit’s rebuilding efforts are paying off as the city anticipates its first population increase in 50 years, Cox said. Since the late 1960s, the city’s population had dropped from 1.8 million to 700,000.

When Detroit Mayor Mike Duggan asked him to lead the city’s planning department two years ago, Cox said he knew transforming the city would have to begin at the neighborhood level and with additional staffing.

One of the first initiatives Cox’s planning team tackled was reimaginingthe Fitzgerald neighborhood, which is located between two universities, and they invited thousands of neighbors to take part in the planning process. One of the biggest changes in this project was converting one-story buildings into multiple-story buildings that allow for mixed commercial and residential use, Cox explained. The project also includes rehabilitation of vacant homes and turning vacant lots into urban gardens and parks, he explained.

"That transformation is still underway," he said.

He said he has been thinking about transforming cities for a long time, having grown up in Brooklyn and experienced neighborhood decline during his childhood. Even then, he said he pondered what could be done to turn things around and how buildings would figure into revitalization efforts.

As he entered the architecture field, he began to understand that the work of revamping cities requires maintaining the feel of urban life while transforming land to benefit communities, noted Cox, who said his motto is: "Community engagement as a way to shape design."

Working as an architect in Florence, Italy, for 10 years early in his career in the 1980s also helped refine his perspective, Cox said.

"I learned to appreciate cities as cultural resources," he told the more than 75 people who attended the Community Design Center of Rochester lecture.

He said he also gained a lot of knowledge serving as president of his neighborhood association, which turned out to be one of his most important roles, he noted.

"The power to represent someone’s voice gave me the wherewithal … and presence to reshape policy not as a politician but as an urban designer," he said.

"Questions were asked in public. … Then, decisions were made," he added.

Fostering community engagement is a model Rochester officials could utilize as they look to redevelop the Inner Loop, North Clinton Avenue and the waterfront in the Charlotte neighborhood, remarked Maria Furgiele, interim director of the Community Design Center of Rochester.

"To bring more of that community process in to city planning is really critical," she said.

Community input was incorporated in the request for proposals (RFPs) for La Marketa on North Clinton Avenue, a project in which the design center was involved, Furgiele said.

"That’s an appropriate way to do it," she said of obtaining residents’ input on all stages of the planning process. "We’re hoping the city will find that process is useful and valuable and be willing to do it before getting involved in other projects."

City officials did garner valuable insight from Cox during meetings prior to his Feb. 9 public presentation, said Kathleen Washington, deputy commissioner for Rochester’s department of neighborhood and business development.

"There are great opportunities to engage communities and build trust by working with residents and seeking input on the RFP process," she said in an e-mail. "We currently seek community input and feedback prior to submission of RFPs to ensure that the projects meet the needs, and suggestions of residents."