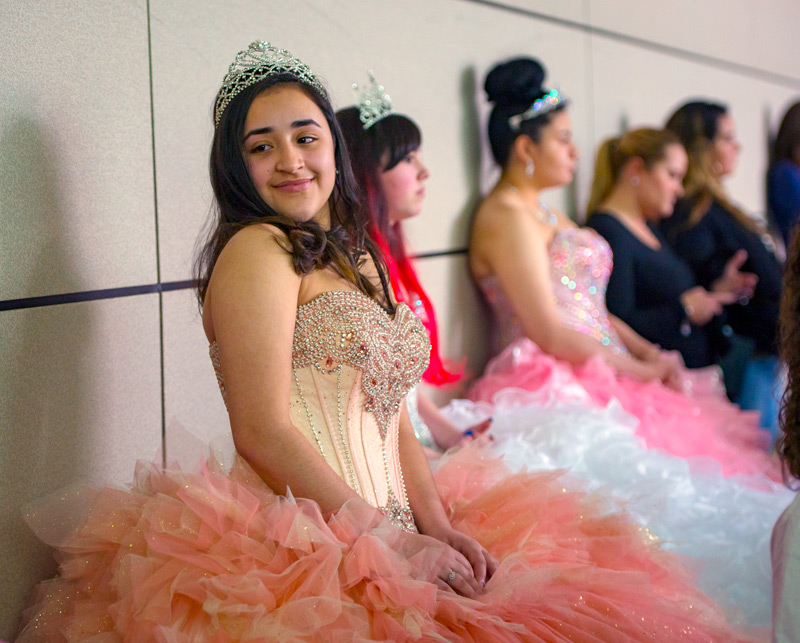 When it came time to celebrate their daughter’s quinceañero — a Sweet 15 celebration — Yesenia and Abdel Albino of Rochester found ways to make it affordable while maintaining the custom for their family and many Hispanics.

One cost-saving measure was having a dual celebration in September 2016 for their daughter, Adriana Albino-Toro, and her cousin, Ignealiz Soto-Toro, said Yesenia Albino.

“The main reason to celebrate this huge milestone was to gather friends and family from near and far … creating memories that would last a lifetime and to keep the Latino traditions alive,” she said.

The Albinos and their family began planning for the quinceañero by setting a budget and creating a list of priorities, which is what several quince websites recommend. Similar to a wedding checklist, planning items often include developing a budget, finding a venue, choosing a theme, sending out invitations and purchasing a gown, according to information at quinceanera.com.

The website, which hosts quince expos that are held in cities around the country with large Hispanic populations, even offers a planning app.

Albino said her family’s $3,800 budget was based on the amount she and her husband had saved as well as additional funds from their tax return that year and a contribution from her father.

“If it was out of our budget, then we would eliminate it from the list,” she said.

A friend secured the venue at no cost to accommodate the party of 100 people, Albino explained, and the family compared caterers and hired the most reasonably priced one.

In addition to not having to pay for the venue, Albino said her family was fortunate to also receive assistance with other aspects of the celebration. For example, they received a discount from a friend who owns a DJ business, another friend made the cake as a gift, and yet another rented the backdrop and black tables for the Paris-themed party, she noted.

“I also have family friends who were nice enough to offer me trays of food and appetizers,” Albino said.

Albino found dresses online for the birthday girls and their court of attendants, since boutique dresses would have been too expensive, she said. The court traditionally is 14 girls and 14 escorts, but many cut that number in half for practical and financial reasons, noted Jane Pantoja, owner of Jane’s Fashions who sells and tailors quince dresses.

The family did not have a Mass for the ceremony, but a priest came to the venue and gave a special blessing, Albino added. It included the customs of the quinceañera changing shoes from flats to heels, donning a tiara and honoring the Virgin Mary.

Maintaining these cultural touchstones is why many families save for years for the expenses associated with a quinceañero, according to information from the U.S. Conference of Catholic Bishops (https://bit.ly/2Ao4SXc). Having sponsors, known as padrinos and madrinas, who offer donated gifts and services helps families manage costs, according to the USCCB. Family members might be seamstresses, musicians, chauffeurs, florists, cooks, bakers or photographers and donate their services as gifts, as was the case for the Albino-Toro family.

Similarly, Blanca López said she and her family handled all the planning, including making decorations and building a picture wall as well as cooking all the food for the party for her daughter, Cassandra. The madrina bought the cake and her grandmother bought the quince dress, she added. With a friend providing the music and having saved for two years prior, López said she was able to stick to her $3,500 budget for the celebration with 200 guests.

“Sometimes, a girl gets a lot of financial involvement from family members,” Pantoja said. “Very few (families) just do it with their paycheck.”

Pantoja began selling quince dresses in 2004, when she had more and more requests for such dresses from Hispanic families. Since that time, the dresses have evolved from satin gowns donned with bows to more elaborate gowns with trains, organza and beading.

“A quince has become a very important occasion,” she said.

When a family comes to her with a theme or idea for a dress, though, Pantoja said she always makes sure the birthday girl came up with the idea.

“The dress needs to be beautiful and glamorous, but it has to be about you and your culture,” she said. “I try to keep it all about the culture.”

At the same time, Pantoja said she tries to work within whatever a family’s budget may be and offers dress rentals as well.

“Everybody is on a budget,” she noted.

Dress prices range from $225 to $800, Pantoja said, and special orders can take up to four months to prepare. In addition to family or friends who act as padrinos or madrinas, grandmothers often pay for the dresses — particularly in Puerto Rican families, she added.

The number of quince celebrations across all Latin groups in the Rochester area continues to rise, as has the participation of friends from all ethnicities who attend as guests or members of the quinceañera’s court, Pantoja noted.

“The tradition has grown,” she said. “Everybody loves it.”