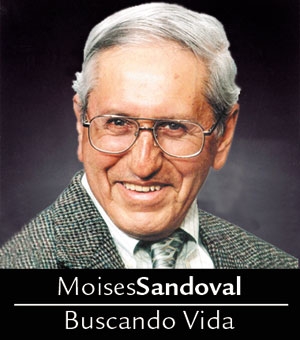 In these hard times, when so many millions are unemployed, to be working is akin to a miracle, and Juan and Maria seem to realize it. They go at their tasks without pause, sweeping, scrubbing floors, filling towel, soap and shampoo dispensers and many other tasks throughout the club. I never see them take a break or go on vacation.

For them, as indeed it is for all of us, work is like a sacrament. It is what defines shapes and fulfills our life. May 1, the feast of St. Joseph the Worker, invites us to be thankful for the work we do and to speak out for justice for all workers. The challenges are many.

Perhaps the only way to get an adequate political response is to make military service universal. Today, the minorities — blacks, Hispanics, Asians and poor whites — are overrepresented in the ranks of our military. They volunteered because military service held the prospect of work that they could not find back home. The political system finds it easy to ignore them when they return. Equal sacrifice would make such neglect less likely.

It hurts to see people lose their jobs, their retirement savings, their homes and sometimes even their marriages. Some are taken in by relatives or neighbors, and some are not. Some have to do things to survive they would have never dreamed of doing, such as picking cans and bottles out of recycling bins to turn them in for a nickel deposit.

A single mother survives from part-time jobs: walking dogs for their owners, a late-night shift at a department store, occasional freelance writing and helping to care for a 90-year-old woman.

A 79-year-old man who worked 40 years full time as a deacon recently lost his job. None of the posts he held, among them director of the Renew program in Spanish in 17 parishes and director of prayer groups, provided for retirement. Most recently, he had worked nine years in a large Colorado parish, drawing a small salary, which he needed to survive. But a new pastor decided the parish could not afford a deacon.

No one is exempt.

Our needs, however, go beyond economic survival into the realm of service. I see that at my parish church each Sunday. Dozens of people participate: the women who lay out the altar cloths and bring the cruets of wine and water to the sanctuary, the altar boys and girls, the ushers, the cantor, organist, lector, sometimes the deacon, and, of course, the celebrant.

Everyone needs to work and to reflect on it, as in Genesis, and see that it is good.

Sandoval is as columnist for Catholic News Service.