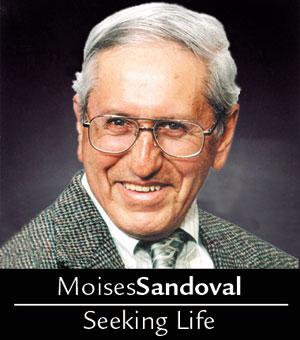 Recently, I enjoyed again "Les Miserables," a movie based on Victor Hugo’s novel of forgiveness and redemption.

A bishop’s compassion redeems a thief, but the police inspector cannot forgive even himself. I was struck with how relevant that classic is to life today.

Compassion and redemption are easy to find.

When Clare Effiong, an African-American from New Rochelle, N.Y., first went to Rwanda 10 years ago to see the consequences of the 1994 genocide, she was heartbroken at the sight of hundreds of orphaned children living in the jumble of the garbage dump. Most of them refused to come out, saying nobody wanted them.

But a 7-year-old named Wayesu Justus did, telling her: "I want to go to school."

She took him to her lodging, bathed him, enrolled him in school and found a place for him to live. He had spent three years living in the garbage dump.

That was the beginning of a faith-based charity called Esther’s Aid, named for the biblical Esther, also an orphan. This organization, whose entire New York staff consists of volunteers, has rescued 3,000 orphans and street children in Rwanda.

It opened a free primary school, established training centers for auto mechanics, catering, welding and sewing, and fed hundreds of victims of AIDS.

Now 17, an articulate and poised high school student who hopes to become a physician, he told a reporter from the local Gannett newspaper: "If these children can get the opportunity to go to school or go from the street, they could become good people, important people."

His generosity inspired many others. Father Rees Doughty, pastor of St. Ann’s Church in Nyack, provided office space in an old convent. Hamilton’s friends, including an anonymous businessman, and a foundation at his alma mater, Harvard Medical School, contributed $31,000. Others donated malpractice insurance, nursing assistance and even cleaning services.

In a recent New York Times column, "Are we going to let John die?" Nicholas D. Kristof wrote about 23-year-old John Brodniak, who blacks out from bleeding in the brain caused by an abnormal growth of blood vessels.

Unable to work, Brodniak lost his job as foreman in an Oregon sawmill and along with it his health insurance. Without it he cannot have the surgery he needs.

Brodniak’s plight is not unusual, Kristof wrote. A Harvard study shows that almost 45,000 Americans die prematurely each year because they lack insurance. Yet, health care reform that would help them has taken decades to stand a serious chance of becoming law. And the likely legislation still leaves many people out of the system.

A bipartisan study group and a human rights organization concluded that growing numbers of noncitizens, including legal immigrants, are held unnecessarily and transferred heedlessly in an expensive immigration detention system that denies many of them basic fairness.

The system is so haphazard that some detainees do not even receive proper notice of why they are being held.

In "Les Miserables," the bishop tells the thief who stole his silverware, "Jean Valjean, my brother, you no longer belong to evil but to good."

Unless we acknowledge our common brotherhood with the victims of genocide, the victims of an unjust system that denies health care to millions and the victims of poverty and oppression forced to come to the United States seeking survival, we face a bleak future.