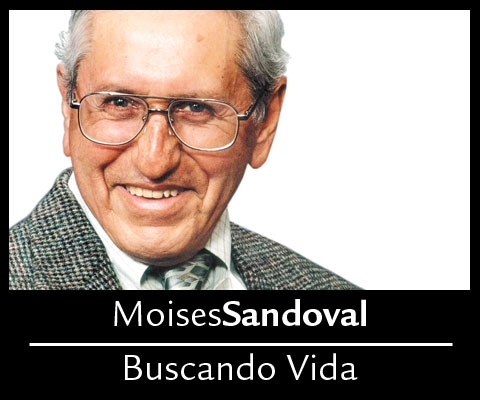 On Thanksgiving Day in America, perhaps the only time of the year when this happens, everyone is concerned that all be able to sit down to a sumptuous meal. That is why special dinners are prepared for the poor, homeless and other disadvantaged people. A recent story in my local paper described efforts of a local state legislator to organize a Thanksgiving meal for veterans.

But hunger is a daily problem, not only for veterans but for all the people in the 17.2 million households who are hungry in the United States, the largest number ever recorded as of 2010, according to the World Hunger Education Service.

While the victims deeply appreciate the gesture of a Thanksgiving meal, they need more — much more.

For example, the best way to appreciate the sacrifice that veterans make for their country is to provide training and work opportunities for them when they come home. But for many, discharge from the military leads to the ranks of the unemployed. Some even end up homeless, living in the streets.

The concern symbolized by bumper stickers ("We support our troops") does not seem to extend to the time when they return to civilian life.

So our meditation on Thanksgiving Day — if we can spare even five or 10 minutes of tranquility to have one — should be on what we can do on a daily basis in the struggle against hunger. It has to be more than donating to food banks, Meals on Wheels and other hunger charities, all worthwhile projects in themselves.

Ideally, our efforts would seek to change the equation where the few have too much food and millions go to bed hungry every night.

In these hard times, the consciousness that something is fundamentally wrong with the system gains sharp clarity.

Recent events warn national leaders that their concern has to shift to those who are "too little to fail." That is the message of the Wall Street protests and of the unified efforts of U.S. bishops to preach in all parishes about creating jobs.

Social Security, Medicare and a health- care law that guarantees universal access all seek to guarantee the vitality of the masses "too little to fail."

The economic system is more at risk from mass unemployment and poverty than from the downfall of a few Wall Street titans.

As part of our meditation on Thanksgiving, we should also be grateful for the bountiful planet on which we live.

On Oct. 31, according to an article by Elizabeth Kolbert in The New Yorker, the population of the world passed 7 billion.

But, according to the United Nations Food and Agriculture Organization, it still produces enough food to feed everyone: "World agriculture produces 17 percent more calories per person today than it did 30 years ago, despite a 70 percent population increase. The principal problem is that many people in the world do not have sufficient land to grow, or income to purchase, enough food."

Perhaps, too, we should say a prayer of thanks for the human race to which we belong.

Just before 1800, the Rev. Thomas Malthus stated in his famous essay that the human population would always be held in check by war, pestilence or inevitable famine.

To these, we could add abortion and pollution and the large numbers of hungry people, estimated at 925 million in 2010 worldwide.

But such is the resilience and the creativity of humanity that the limits of Malthus’ premise have not yet been reached.