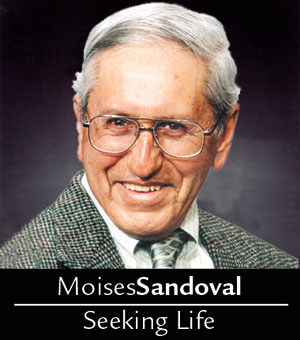 In a front page news story in the Hartford Courant, Steven Goode reports on how hunger has grown in Connecticut’s Hartford and Tolland counties in the past 30 years.

In 1984 when Gloria McAdam became chief executive officer of Foodshare, the nonprofit distributed about 100,000 pounds of food a year, shared space in a 2,000-square-foot warehouse and she was the only employee.

Today Foodshare distributes about 14 million pounds of food annually, owns a 50,000-square-foot warehouse and office, and has 60 employees, supplemented by 4,000 volunteers. The food bank provides food to 300 different agencies.

In 1990, when the organization began a drive to give turkeys to needy families for Thanksgiving, the goal was to feed 5,000 needy families. This year, 19,896 families registered for a free turkey. In addition, Foodshare hopes to raise $900,000 to feed the hungry beyond the holidays. Six days before Thanksgiving this year, only 6,716 turkeys had been received, but drives were underway in half a dozen communities and McAdam had never failed to meet the goal.

McAdam, now 58 and the mother of three grown children, feels the organization has grown too big for her and is therefore leaving to become executive director of a food policy organization in upstate New York where she grew up.

"I don’t think anyone who started out doing this kind of work back in the early 1980s expected we’d still be doing it today," she told Goode. And the reporter added, "That’s because she and others fighting to end hunger thought society would have figured the problem out in a few years."

That we have not eradicated hunger in the richest country in the world is perhaps something we should all think about in a quiet moment before or after our sumptuous feasts during the Christmas season.

The war against hunger is being lost despite the generous contributions of individuals, churches, charitable organizations and businesses. It is being lost because those who could win it — the economic system, politicians, Congress, and policymakers — do nothing to reduce inequality, its main cause.

Bluntly put, the rich are getting richer and the rest of the population, including the middle class, is getting poorer. In 2012, according to a report from the World Hunger Education Service, 46.5 million people in the United States were living in poverty, a number that had increased from 37.3 million in 2007.

"The number of poor people is near the largest number in the 52 years for which poverty statistics have been published," said the report.

Yet there is a sense that government leaders who could turn the tide against hunger are in denial about the problem. Hunger in government reports is categorized as levels of "food insecurity." In 2006, according to the World Hunger Education Service, the definitions of these categories were changed to eliminate the word "hunger," as if that would make a difference.

For us, the fortunate, whose only uneasy or painful sensation during the holidays will come from eating too much, our battle against hunger cannot end with charity. We must seek systemic change for our brothers and sisters who go hungry.