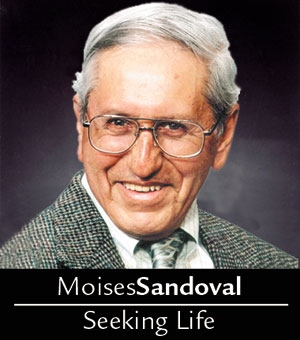 New Year’s traditionally stirs hopes for better times. But with so much "partisan extremism and government by rage" in 2010, a phrase from a recent New York Times editorial, it may seem futile to be hopeful.

Nevertheless, we should take courage in the timeless line of Alfred, Lord Tennyson’s poem "Ulysses": "Come, my friends, ‘Tis not too late to seek a newer world."

That indeed seems to be the attitude of political, business, law-enforcement and religious leaders in rock-solid Republican Utah. They have signed a statement of principles on dealing with immigrants that the New York Times calls a clear expression of "good sense and sanity."

These leaders say local police should focus on fighting crime, "not civil violations of federal code."

Also, since strong families are the foundation of successful communities, they oppose policies unnecessarily separating them. Furthermore, they recognize the value of immigrants as workers and taxpayers.

The signers of what is called the Utah Compact include the mayors of Salt Lake City and Salt Lake County, two Republican former governors, a former U.S. senator, the Roman Catholic Diocese of Salt Lake City, the Chamber of Commerce and many civic groups and citizens. The Church of Jesus Christ of Latter-day Saints issued a statement of support calling the compact "a responsible approach to the urgent challenge of immigration reform." The compact ends with the statement: "Utah should always be a place that welcomes people of goodwill."

Archbishop Timothy M. Dolan of New York, the new president of the U.S. Conference of Catholic Bishops, expressed a similar view in a column last summer: "The welcome migration of Hispanic Catholics from other parts of the Americas to the United States reminds us that we are still an ‘immigrant church.’

"Just as past generations of Catholics in our archdiocese embraced and helped settle our grandparents from Ireland, Italy, Germany, Poland, Central and Eastern Europe, so do we now continue that tradition and welcome immigrants who believe that the word ‘catholic’ means ‘all are welcome’ and that the invitation on the Statue of Liberty is indeed true.

"And, of course, this gift of immigrants today includes people, not just from Latin nations but from Africa, Asia and still from Europe."

Part of being hopeful at this time is to appreciate the goodness we find all around us.

In Croton on Hudson, where my wife and I are longtime seniors, our neighbors are vigilant about our welfare. If she has not seen us for days, our next-door neighbor Liz calls to find out if we are OK. When I go out on a snowy day to shovel the sidewalk, I sometimes find Denise or Tim, neighbors across the street, already clearing it. In turn, that inspires me to help an 80-year-old widow next door.

I am particularly inspired by older people who continue doing good. One of them is Maryknoll Brother Andy Marsolek, in his mid-70s and "retired" to Tampa, Fla., after almost 50 years as a missioner, 30 of them in Mexico. He visits the sick in nearby hospitals and homebound fellow parishioners, and takes photographs for the bulletin in his parish, among other good works.

"His caring generosity is on tap all day, every day in service to those in need," wrote Christian Brother Jack O’Neil of the Tampa Catholic. "As a hospital and homebound visitor, he has enabled people to experience God’s presence and love in a real way."

Such dedication recalls "Ulysses" again: "That which we are, we are, one equal-temper of heroic hearts, made weak by time and fate, but strong in will to strive, to seek, to find, and not to yield."