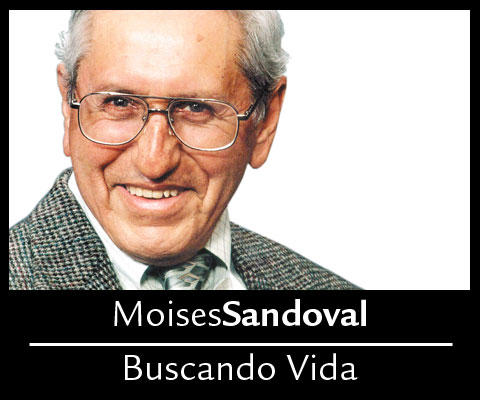 Sixty-seven years have gone by, but the voice of Bing Crosby, “I’ll be home for Christmas …” still tugs on the heart. This season in 1952 found me in Milwaukee, working two part-time jobs and going to Marquette University full time. There I had met four students from the Denver area who, like me, had never been that far away from home.

As Christmas approached, we were one homesick lot, counting the days to the end of the semester. The last line of the famous Christmas song goes: “I’ll be home for Christmas, if only in my dreams.” But we were having none of that.

One of the guys had a car and he offered us a ride. With the last class over on the last day of the semester, we met on campus, jumped in the car and, in the gathering dark, headed for Denver, now 1,045 miles away on four-lane interstate highways but much farther then on two-lane roads.

We had to go through every small town and big city along the way. We got there in a little more than 24 hours, stopping only to gas up, change drivers, grab a sandwich and go to the restroom.

I got home in the middle of the night. The small frame house to which I had so longed to return stood dark and forlorn alongside Fourth Street in Brighton, leading to the main highway to Denver, 20 miles away. Everyone was asleep, but one of my seven brothers heard my knock and let me in.

My mother got up and, overjoyed to see me, said: “You must be hungry.” She fried eggs and potatoes and baked some tortillas, which I had been craving for months. Then we sat there talking for a long time.

My mother had married when she was 15 years old, common at that time. Her first son, Antonio, was born when she was 17 but died when he was barely a year old. I was the second son, born when she was 18. In a memoir, she wrote that I was her joy and consolation. “I was so afraid that he, too, would get sick and die that I would not leave him alone for a minute.” She told me that night in 1952 that we had grown up together.

As the others slept and we talked about many things, I felt again the fierce unconditional love she had for me. She was so proud that I had survived and grown into manhood. Perhaps feeling an immense gratitude to God, she suddenly said, “Let’s go to Mass in the morning.”

So, at 6 a.m. at St. Augustine Church we joined the pastor, Father Roy Figlino, a tall, gruff-talking Italian, for the celebration. Then Mom led me to the sacristy so she could tell him: “Look, my Moises has come home for Christmas.” Father Figlino, always the overseer, interrogated me about whether I was keeping up with the sacraments. I assured him the Jesuits rode herd on us very hard.

Father Figlino knew us well; seven of us brothers had been altar boys at the same time. We still have a photo of us, in surplices and cassocks, posing in front of the altar with Father Figlino, his assistant, Father Lyons, and our parents. Many years later, after reading my book on the Hispanic church, he wrote that he was proud of our family.

I have many memories of that first visit home, connecting again with my siblings and visiting relatives, but the one most deeply etched was spending much of the first night in quiet conversation with my mother.