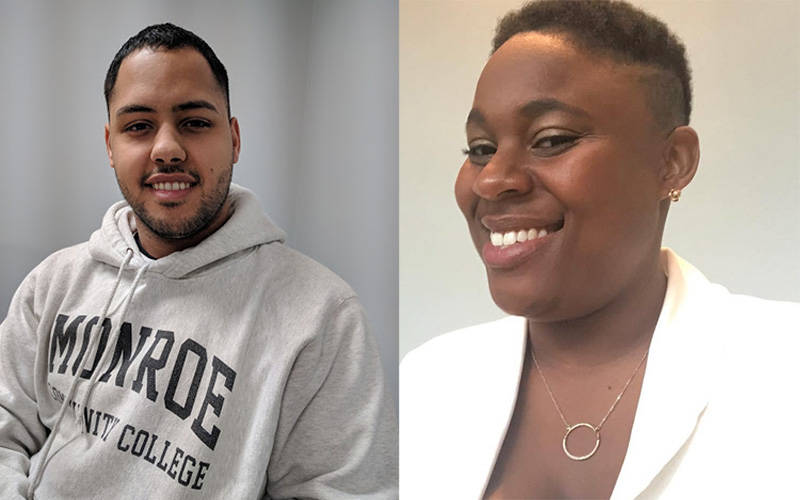 The two-part virtual series will take place from noon to 1 p.m. Feb. 18 and 25 and will feature four local small business owners, some of whom are graduates of Venture Jobs Foundation’s Jobs Kitchen Accelerator Program. The nine-week program teaches small business owners how to create or refine their business plans through mentorship from community members and guest speakers. Graduates of the program also have the possibility of receiving financial assistance to help new or existing businesses.

The Kitchen Lunch Bites speakers will share such information as how they raised money and built their businesses and what resources are available for businesses.

Two of the featured speakers are Gilberto Vargas, who operates GVIII Barbershop in Rochester, and Rosa Marie Curtis, who recently opened her business, Marvelous Mind Academy, a child care center in Rochester.

Vargas became interested in cutting hair at an early age, noting that he would watch his cousin work in his barbershop that was located in the basement of their grandmother’s house.

“He started teaching me,” Vargas said of his cousin, “and I started practicing when I was 8 years old.”

Vargas’ passion for cutting hair continued through high school, when he first began charging for barber services. After graduating from Irondequoit High School, he attended Utica College for a year before making the decision to continue his studies at Monroe Community College in 2010.

At that time, MCC offered a four-month barber program, Sharp Edges, for students interested in earning barber licenses. Vargas worked as a barber for five years before opening his own barbershop, GVIII Barbershop, on Monroe Avenue in 2016.

After three years of being a business owner, Vargas decided to take some additional courses at MCC to further learn how he could improve his business. One day while attending classes, Vargas said he saw a flyer in the hallway with information about a competition hosted by Venture Jobs Foundation called Launch Your Business.

According to Vargas, the competition was open to individuals interested in opening new businesses or for current business owners. Participants were given the resources to develop feasible business plans that would be submitted for review at the conclusion of the program.

Winners of the program would receive grant money, said Vargas, adding that he spent the duration of the program using what he learned to fine tune his existing business plan.

Vargas was a winner of the competition, which helped him to establish a connection with Venture Jobs Foundation, he said. He noted that he was able to acquire additional funding in 2020, which helped him move to a larger location at 639 Monroe Ave.,which is not far from his former location, just in time to be able to manage the business with COVID-19 restrictions.

“They (Venture Jobs Foundation) helped my business with the move to the new barbershop, they helped with the process and funding of the process for that,” Vargas said.

The old location was probably half the size of a standard living room, said Vargas.

“We were lucky to have gotten the spacing, which is large enough to accommodate up to eight barbers spaced 6 feet apart and their customers,” he said.

Curtis also took advantage of Venture Jobs Foundation’s resources by taking the opportunity to fine tune the business plan she had created for her child care company during the time she was enrolled in the Jobs Kitchen Accelerator Program.

She said her Marvelous Mind Academy differs from traditional child care centers because it utilizes a model that allows parents to utilize the child care service whenever needed rather than on a set schedule.

For example, a parent who may need to run errands or has an unexpected need for child care can drop off their children anytime from 9 a.m. to 6 p.m., six days a week.

According to Curtis, the purpose of this model is to provide child care services that would otherwise be unavailable to parents who do not enroll their children in care on a regular basis. She noted that a lot of the time what happens is that parents’ schedules may overlap, resulting in the need for child care for just a few hours, in which case full-time care is not needed.

Originally scheduled to open on Easter Sunday in 2020, the company was unable to open its doors due to the COVID-19 pandemic, Curtis said.

“We had 40 families on the waitlist, and then had none because we were not able to open,” she noted.

Curtis said that the funding she received from the Venture Jobs Foundation helped to manage operational costs until the center was able to physically open in July 2020.