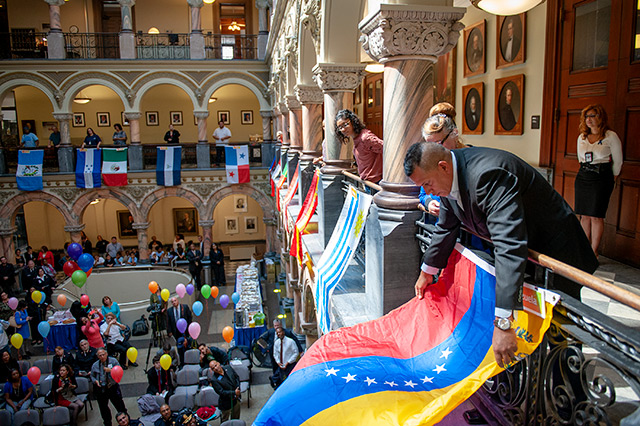 During a Nov. 4 press conference, the Monroe County Sheriff’s Office said that Mr. Ortiz’s death was due to an accidental gunshot wound to his leg. They said his personal firearm had accidentally discharged as he was driving to work.

“The passing of Officer Manuel ‘Manny’ Ortiz is a tragedy and a great loss for our city,” Mayor Lovely Warren said in a Nov. 3 statement.

A native of Brooklyn, Mr. Ortiz moved to Rochester in 1972. He was a graduate of Jefferson High School and studied criminal justice at Keuka College.

He joined the Rochester Police Department in May of 1997 and spent most of his career working to cover the northeast Rochester community. He held many positions with the RPD, including as a patrol officer, field training officer and recruit class counselor. At the time of his death, he was working in the Community Affairs Bureau as a crime prevention officer.

“He left behind a legacy of love, respect and service,” RPD Chief La’Ron D. Singletary said during a press conference Nov. 4.

One of Mr. Ortiz’s two sisters recalled in a Nov. 5 Facebook post how the siblings have been a “trio for life.”

“Without you we’re not complete, our puzzle has been broken and no one can replace that piece,” Nancy Colon Ortiz wrote.

In addition to his two sisters, Mr. Ortiz is survived by his fiancée, three children and grandchildren.

His memorial service took place Nov. 8, 2019, at the Rochester Riverside Convention Center. Donations in his memory may be made to a scholarship fund for his children at https://bit.ly/2WODeyg.